Returning to the Mountain, a movement dedicated to “redeeming the Temple Mount,” on Monday posted a provocative announcement: “Making the Passover sacrifice where and when it was intended,” meaning, of course, on the Temple Mount, on the first evening of Passover.

I checked out the Facebook page of Returning to the Mountain to find 145 comments of nothing but pure hatred and revulsion. From sheer ignorance of Torah law, through accusations of paganism (God forbid), to alarmed messages about the barbarian act of slaughtering poor little innocent animals. In a country that’s second only to Argentina and the US in per capita meat consumption, these frail folks are up in arms about the most essential element of Jewish practice. Never mind that our cousins the Arabs sacrifice whole herds of innocent animals on their holidays, one of which is coming at the end of Ramadan.

Frankly, it was a shocking experience for this halakhic Jew, realizing just how remote so many Israeli Jews are from their roots. If anyone in the Bennett government is still fantasizing about some rapprochement with secular Jews – never mind the leftists – they should visit the Returning to the Mountain Facebook page and read those nasty responses.

The Passover sacrifice involves the slaughter of a young lamb or baby goat at the Holy Temple in Jerusalem on the fourteenth day of Nisan (this coming Friday) in the afternoon and eating a small piece of it on the night of Nisan fifteenth, with matzos and bitter herbs.

Now, if most Orthodox rabbis forbid ascending to the Temple Mount any time of the year––for a variety of well-founded reasons––the number of Orthodox rabbis who permit making the Passover sacrifice in out time can be counted on the paw of one baby goat.

In 2010, Rabbi Shmuel Eliyahu taught a class on renewing the Passover sacrifice.

Remember the note about slaughtering the lamb but eating only a small piece of it with matzos and bitter herbs? In the time of the Temple, Jews formed groups to buy a lamb together and each lamb had its “counted,” who took care of bringing it to the Temple to be slaughtered, then placing it on the spit and roasting it whole – then dividing up the meat among the dozens of “counted.”

Well, in 2018, Rabbi Yitzchak Meir Morgenstern, a Jerusalemite Hasidic Kabbalist, ordered his followers to be among the subscribers to one of the Passover sacrifice centers, and he, too, gave money and asked to be registered there as one of the “counted.” He explained that from a halakhic point of view, “there is, in fact, no problem today in sacrificing the Passover sacrifice on the Temple Mount,” since there is no need for the ashes of a red cow in a public sacrifice since the public’s sacrifices are permitted in a state of tumah (being touched by the force of death in the world – DI).

I tried to contact the number on the Returning to the Mountain group’s Facebook page but to no avail. Maybe they’ve been harassed to the point of total fatigue. Here are the questions I would have asked had they picked up the phone:

On everything else I support these guys with my whole heart and soul, and may they bring the redeemer this weekend. I am ready. 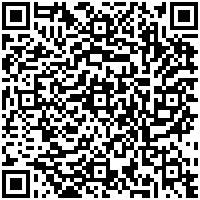