Let’s start with the bottom line: no one in Israel expects Benny Gantz to become the next prime minister based on the rotation agreement (which is yet to be signed) between himself and Benjamin Netanyahu. It just ain’t gonna’ happen. By the time Bibi has done away with his criminal indictments (Do you expect him to get jail time? Have you been following his career?), in a year and a half or two years, it would just not make sense. Backed by only 15 coalition members, some of whom are already more Likudniks than Kachol-Lavannik (the Hebrew name of the expired Blue&White party – DI), how can Gantz even dream of getting the reins?

Think about it: Likud has 36 seats, the Yamina-Haredim have 22, so Gantz and his 15 seats will be in charge? Forgeddaboutit! A few months before the appointed date, Bibi’s henchmen will start doubting the former chief of staff’s qualifications: he stutters, he naps during meetings, he is unreliable, he’s confused, he had extramarital trysts – they will destroy him, and his former partners, most notable Yesh Atid chairman MK Yair Lapid, will be only too happy to join in the carving. Netanyahu will then scrap the Knesset and go for elections, and will most likely collect big time.


Netanyahu did this to Tzipi Livni when she and her Kadima party had received 28 seats in the Knesset, one more than Likud’s 27, and yet Bibi won the endorsements to the president.

Netanyahu did this to Labor chairman Buji Herzog, running him through a loop of coalition negotiations for six months, deceiving and exhausting him, until he had lost all credibility with his own party members, especially his partner, Tzipi Livni.

He did it to several generations of Habayit Hayehudi, drinking the settlers’ votes with the tacit approval of Naftali Bennett and Ayelet Shaked.

He did it to Moshe Feiglin, who did not pass the vote threshold, but posed a potential threat to Likud, so Bibi promised that if Feiglin abandon ship, he’d get a government portfolio, as the Yiddish adage says, nechtike tug.

And he now did it to Blue&White, after a year of relentless efforts, three election campaigns, and the kind of manipulations that would have left the great Houdini stuck in the water tank hectically searching for that darn key.

For heaven’s sake, according to ex-Blue&White members, in two consecutive coalition negotiations, the central issue was how to make sure Bibi honors his commitment and vacates his office at the midpoint mark, making room for Prime Minister Benny Gantz. They went as far as to demand Knesset legislation that would compel Netanyahu to comply. They all knew you can’t trust the old fox (more like wolf, really, or Bengal tiger). And all of a sudden, with no written anything, armed with a smile and a promise, Gantz walks away from the party he had founded, dumps two out of his three partners at the famous “cockpit” and gives Bibi the store.

After he was elected Speaker of the Knesset, at the expense of his faction member MK Meir Cohen, Yair Lapid’s lieutenant at Yesh Atid, Gantz turned back to another Blue&White member MK Miki Haimovich, and whispered: “I have never not wanted this much to be chosen for anything.”

He will most likely get his wish.

The biggest loser, however, is the man who orchestrated most of the horror show of the past year, from raising the vote threshold so that rightwing Jewish parties choke and vanish, while Arab parties confederate and thrive; to refusing to enter a rightwing coalition government, leaving the man he hates more than anything, Netanyahu, tittering over the deep; to joining forces with Lapid and Ya’alon in a scheme to make Meir Cohen the Speaker, and then pass legislation that would effectively remove Netanyahu from contention: Israel Beiteinu chairman Avigdor Liberman. He had it all tied up, he had agreements with the left and even learned to rely on the Arabs he so often wished to transfer. And he miscalculated everything.

Will Liberman pay the price come the next election? Let’s hope so. For the amount of damage he has caused the right in Israel, he deserves a long sabbatical. He has burned his bridges to the right, he doesn’t really belong on the left. Should be interesting to watch.

Yair Lapid and Moshe Ya’alon will spend the next term in the opposition. Lapid wants to be the head of the opposition, but the job rightfully goes to Ayman Odeh, as chairman of the largest opposition faction. Ya’alon may decide at some point that life as a confused rightwinger in a left-leaning outfit is not much fun and seek a path back to his natural home, Likud. Or retire.

And so comes to its natural conclusion Israel’s most recent “atmosphere party.” The dream is over, as comrade John Lennon said.

U.S. And Israel Again Clash Over West Bank And Iran 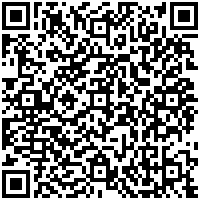