After having denied time and again throughout the two previous election campaigns that he had no intention of asking for immunity from the Knesset and would face his accusers head on, on Wednesday, Prime Minister Benjamin Netanyahu asked Knesset Speaker Yuli Edelstein (Likud) for immunity from prosecution.

According to a Channel 11 analysis, the immunity appeal includes quite a few sections that reveal the moves Netanyahu’s legal team may be considering as part of his fight for political survival (and, naturally, staying out of jail).

The key message in Netanyahu’s appeal, as in the statement he issued to the media, is that the immunity he is seeking is temporary, meaning that following his retirement from political office, he could be prosecuted for the same charges that are pending against him. But his letter to Speaker Edelstein betrays a different strategy.

The prime minister’s main arguments for immunity pertain to his claim of discrimination, a cause for immunity intended to protect lawmakers from political persecution using criminal investigations. To substantiate this, Netanyahu raises allegations he had made in the past regarding the shared blame of other politicians in Case 2,000—which deals with recorded conversations of Netanyahu and Yedioth Ahronoth boss Arnon Mozes, discussing legislation that would harm Israel Hayom.

The reality is that should the Knesset decide to grant Netanyahu immunity based on police mismanagement of the case against him, his protection would not likely go away when he is out of office, seeing as the Knesset sided with him on the legal question at the foundation of the case. The prosecution would be asking for a humiliating defeat should they try.

The same goes for Netanyahu’s claims of selective enforcement in Case 1,000—which involves valuable gifts to the tune of 700,000 shekel received by Netanyahu and his wife throughout the years from millionaire Arnon Milchan and Billionaire James Packer.

Netanyahu repeats his claim that he received a legal opinion saying he may accept gifts from friends. He also repeats his claim of selective enforcement, noting that former PM Ehud Olmert was never sanctioned for accepting expensive pens, and that former Tel Aviv District Attorney Ruth David was never punished for receiving gifts from Ron’el Fisher, her partner in crime in a scandal that shook Israel’s judiciary a few years ago.

But then Netanyahu adds to his arguments regarding Case 1,000 the idea that the gifts he received from Arnon Milchan had to do with his parliamentary work on the latter’s behalf, which eventually produced the Milchan Law, allowing the movie mogul, new Olim and all other returning Israelis to live in Israel for 10 years without having to report their income in the US.

And so, if the Knesset recognized that Netanyahu should receive immunity for his parliamentary work, which would necessarily view the charges of illegal gifts as legal harassment of the industrious lawmaker Netanyahu, which means that even after his retirement, indicting him on this would be a prosecutor’s career ender.

Channel 11 also noted that the prime minister wants all the investigative materials in the prosecution’s possession to be passed on to him—not merely the core material that was presented at his pre-trial hearing. It suggests that for the purpose of the Knesset immunity deliberations, Netanyahu plans to spread the entire body of evidence against him before the Knesset – something which is reserved only to an actual court trial.

This would include information about the police negotiations with the state’s witnesses and the steps police had taken to coax them into collaborating with the investigation.

Netanyahu also announced that he would seek to bring many witnesses and cartloads of material evidence, which suggests another Netanyahu team strategy: go for a very lengthy Knesset debate on his immunity, days, weeks, even months.

The Prime Minister’s office issued a quick response to Channel 11’s interpretation of Netanyahu’s immunity lasting for the rest of his natural life, saying “all his appeals are temporary and limited only to the duration of the term of the Knesset that will debate them.”

To which Channel 11 responded that the PM’s claim does not hold water, and that a substantial immunity cannot be temporary. The PM is either protected or he isn’t.

Incidentally, the third case, Case 4,000, really does pertain to Netanyahu’s service as communications minister, so that should he be covered by an immunity there it would definitely not go away after his retirement. 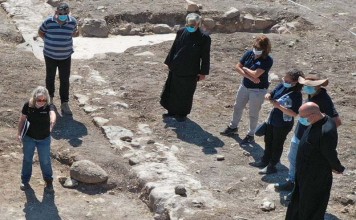 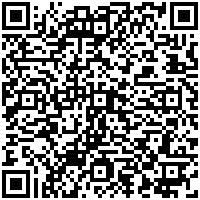