To mark International Holocaust Remembrance Day, on Wednesday night the University of Haifa and social media giant TikTok co-hosted a virtual event that sought to raise awareness surrounding today’s alarming lack of basic knowledge about the Holocaust among younger demographics.

The event, “Ask us anything: Holocaust,” featured a Q&A session with four students and graduates from the University of Haifa’s Weiss-Livnat International MA Program in Holocaust Studies at The Strochlitz Institute for Holocaust Research.


According to the US Millennial Holocaust Knowledge and Awareness Survey, conducted last year by the Conference on Jewish Material Claims Against Germany, 63 percent of Americans from the Millennial generation and Gen Z do not know 6 six million Jews were murdered in the Holocaust, and 36 percent believe 2 million or fewer Jews were killed. Forty-eight percent cannot name a single concentration camp or ghetto from the Holocaust era, and 11 percent believe Jews caused the Holocaust.

“I hope that people who tuned into the event realize that learning about the Holocaust doesn’t always have to be intimidating,” said San Francisco native Alexa Asher, graduate, and Digital Communications and Internship Coordinator for the University of Haifa’s Weiss-Livnat International MA Program in Holocaust Studies. “I believe the biggest challenges facing Holocaust education today are accessibility and approachability. One way to overcome those challenges is to be where our audience is, and they’re on TikTok. Any historical fact that a young person learns about the Holocaust is a win in my book.”

Unawareness about Holocaust history poses a challenge for all social media platforms and particularly for TikTok, as 41 percent of the video-sharing network’s users are between ages 16 and 24.

“Bringing International Holocaust Memorial Day to diverse platforms like this can be an important tool in preserving this history and its lessons to a younger generation,” continued Lindsay Shapiro, also a graduate from the University of Haifa’s Weiss-Livnat International MA Program in Holocaust Studies, originally from Tampa, Florida. “As we’re losing the ability to hear first-hand testimony from survivors as the years go on, we have to rethink the most effective ways in which we can engage people and make them realize why this history is important to everyone.”

Reflecting on the event, President of the University of Haifa Prof. Ron Robin, commented: “In recent years, we have seen awareness and knowledge of the Holocaust and its lessons beginning to dwindle. It is our duty as a research university to do everything in our power to preserve the memory of the Holocaust and constantly add new knowledge about one of the darkest periods in history for humankind. We therefore believe it is our duty to engage with youth from around the world on the platforms they can be found, to ensure that the memory of the Holocaust will never be forgotten.” 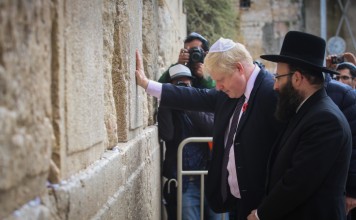