It appears that only two nations are celebrating Monday’s Kurdish referendum on independence: Kurds and Israelis. Indeed, while thousands of Kurds in countries where their national identity is being repressed, such as Turkey, Iran, and Syria have rushed to the streets at the end of the day, anticipating a yes vote, Turkish news outlet Hurriyet Daily News warned:

“With a romantic approach or with the ‘an ally is in the making’ calculations of the Jewish state, the potential dangers ahead posed by such a vote might be ignored.”


As voting stations closed in Iraqi Kurdistan, more than 80% of registered voters had cast ballots in the referendum on Kurdish independence that may change the entire Middle East as we know it.

In the oil-rich city of Kirkuk, The Guardian reported, Kurdish neighborhoods were teeming with voters, many wearing traditional costumes. “It is the best day of my life,” a 62-year-old blacksmith told the Guardian’s Martin Chulov.

Few doubt that the ballot will deliver an overwhelming endorsement of independence, under the leadership of Kurdish president Massoud Barzani.

Well, we may not know for sure how many Kurds live in which of the above mentioned countries, we do know of decades of repression they have endured, to this day, of gassing by several Iraqi regimes, and of violent repression under strings of Turkish governments. Everybody fears Kurdish independence much the way everybody once feared Jewish independence – and for a good reason. The new Kurdistan is a democratic island surrounded by tyrannies; it is a prosperous nation; and it is willing and able to fight for its independence.

Which is why all of Kurdistan’s neighbors have been advancing military units towards its borders, possibly scheming to repeat the attempt in 1948 by seven Arab states to choke the fledgling State of Israel. But President Barzani, taking a page out of Israel’s founding father David Ben Gurion’s play book, has ignored calls from his neighbors as well as from the US, the UK, the EU, the UN and the Arab League to cancel the vote and delve into more talks about the status of Iraq’s Kurds with Baghdad.

“If there is an assumption, as the Iraqi Kurdish leaders and their Israeli supporters have been saying, the passage of the referendum would not immediately lead to statehood but it would represent a major move forward that might open the door of negotiations with the Baghdad government, it is wrong,” warns the Turkish media mouthpiece. “The northern Iraqi government has been assuming that the Americans will not let the Baghdad government take military action. If what’s at stake is the very existence of Iraq, what might be the attitude of the Iraqi government might not be so guaranteed.”

“The recent statement of top executives of Iran, Iraq and Turkey, increased contacts between the two countries, increased military maneuvers with live ammunition by Turkish tanks right on the Iraqi border indicate that perhaps Turkey might not be joking at all when it was warning the Iraqi Kurds that they are expected to scrap all together the referendum plans if they do not face the consequences,” threatens Hurriyet.

Israeli social media has been bubbling over the referendum, which is being tallied as this report is being published – and the dominant sentiment being expressed there is: should the free Kurdistan come under attack from its neighbors, Israel would be obligated to come to its aid.

Kurdistan’s and Israel’s enemies are the same. Should a war for free Kurdistan erupt, it will likely focus on Kirkuk, which at the moment is threatened by Shia militias loyal to Iran and to the Iraqi government south of the city. Turkish president Erdogan is threatening to cut the pipeline that exports Iraqi Kurds’ oil to Europe via Turkey. And the Iraqi Prime Minister, Haider al-Abadi, has threatened to take military action should the referendum decide on a free Kurdistan.

At this point, the only world power that can really save Kurdistan from having to fight to the death for its freedom is the US. Email your Congress member. 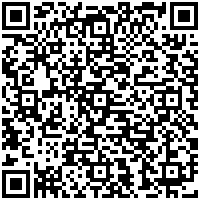