(JNi.Media) Minister Yuval Steinitz, who is a member of Israel’s Security Cabinet made it very clear that Israel intends to assassinate Syrian president Bashar Assad, if Assad continues to allow Iran to operate in Syrian territory, Steinitz said in an interview with YNet on Monday.

“If Syrian President Bashar Assad continues to allow the Iranians to operate from Syrian territory, Israel will eliminate him and collapse his regime,” Steinitz said.


Yesterday reports emerged in the Israeli media that Iran was planning a missile strike on Israel, probably using its proxies in Syria, including Hezbollah.

Steinitz said, “Until now, Israel has not intervened in the Syria civil war. If Assad allows Iran to transform Syria into a military base against us, to attack us from Syrian territory, he needs to know that that is his end.”

Steinitz said Israel previously had that same dilemma with Hezbollah, when Hezbollah attacked Israel from Lebanese territory — should Israel respond to just Hezbollah or also to Lebanon?

Israel has since made it clear, her policy would be to bomb Lebanon back to the stone age if Hezbollah attacks Israel from their territory.

Assad, Steinitz said, can decide whether or not Iran can act from his territory, bringing in missiles and weapons. But Assad won’t be allowed to sit quietly in his palace while Syria is turned into a base to attack Israel.

Issuing a not-so-disguised hint to Putin, Steinitz said that Israel has red lines, and that if someone is interested in maintaining Assad’s survival, they had better respect our red lines, and tell Assad to not allow any missile or drone strikes against Israel.

Steinitz said Israel isn’t interested in a war with Iran or any other party, but Israel will not allow Iran to turn Syria into a base for the Iranian Revolutionary Guard Corps. What happened to Lebanon from Hezbollah is serious enough.

On Sunday, PM Netanyahu said “We have no interest in an escalation [with Iran], but we are prepared for every scenario. We don’t want a confrontation – but if one must come, it’s better now than later.”

A few months ago, Netanyahu warned Putin that Iran was building weapons factories in Lebanon, where its military advisers were attempting to manufacture precision weapons for use against Israel. He also warned Putin that Iran was continuing to establish a permanent military presence in Syria – an existential threat to the State of Israel, which would not be allowed to continue.

Update: Minister Steinitz later clarified that he was expressing his own personal opinion. 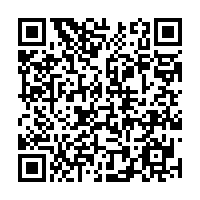