A Haredi yeshiva student was attacked by Arabs with heavy objects on April 19 in the Jewish Quarter of the Old City of Jerusalem. He was wounded and lost consciousness in the attack. At the time, when he filed a complaint with the police, he was told that suspects had been detained, but was recently surprised to discover that the case was closed. Attorney Haim Bleicher of the Honenu legal aid society filed an appeal arguing “it’s inconceivable that such a serious incident would be closed without capturing the perpetrators and prosecuting them.”

Y., a Haredi yeshiva student studying in a yeshiva in the Old City of Jerusalem, was attacked by dozens of Arab rioters on April 19, lost consciousness, and was taken to the hospital. Attorney Bleicher’s appeal against the closure of the case by police explained that the assault had taken place while Y. was studying in a provisional tent that had been set up due to the coronavirus restrictions.


In the middle of his studies, Y. heard shouts and saw that many students were fleeing in the direction of the families’ homes behind the tents, chased by a group of about 20 Arabs.

“The rioters threw in every direction heavy objects, bicycles, gas cylinders, iron bars, and sprayed gas at Y. and his friends,” the appeal described. “Y. suffered severe beatings from the rioters and collapsed on the floor unconscious and helpless. Despite this, the rioters continued to beat Y. cruelly in the back using a ‘stander,’ and hit his head with various objects which caused him to bleed. Y.’s glasses were broken, as was his cell phone, and his clothes were torn and damaged beyond repair. Y. was taken to Hadassah Hospital on Mount Scopus, where he fainted.”

Two days later, Y. filed a complaint with the police and was told that suspects from the incident were already in detention. However, those alleged arrests were not registered with the system of crime victims. Eventually, Y. was recently surprised to discover that the investigation case of the assault against him was closed due to lack of evidence.

Attorney Bleicher protested in his appeal on behalf of Y., saying “It’s inconceivable for the investigation of such a serious incident to be closed without capturing the perpetrators and prosecuting them. The police have the details and names of suspects who participated in the lynching.”

Attorney Bleicher sought to reopen the case and prosecute the attackers. 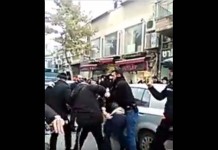 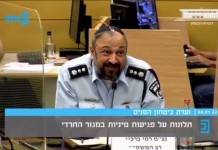 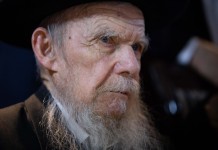 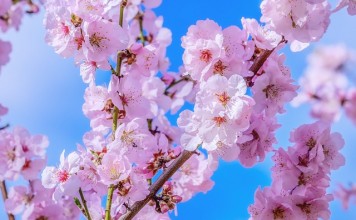 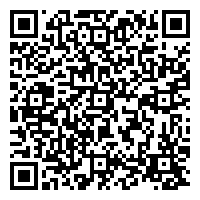