Ra’ad Salah, head of the radical Islamic Moveent’s northern branch, incited Arabs with Israeli citizenship on Friday, telling them in no uncertain terms that Israel was behind the ouster of Muslim Brotherhood president Mohammed Morsi last month.

In a speech marking the 44th anniversary of a crazed, Christian Australian’s attempt to burn down the Al Aqsa mosque on the Temple Mount in 1969, Salah blamed Israel for the attack and for the coup in Egypt.


“The Israeli occupation stood behind the burning of the Al Aqsa mosque and it stands behind the destruction in Egypt,” he said in Kfar Kara, located less than 10 miles from the Mediterranean Coast, between Haifa and Tel Aviv.

The attack on the Temple Mount was carried out by Denis Michael Rohan, who set fire to the Al Aqsa mosque. He was arrested immediately, and the court sent him to a mental institution after declaring him insane. Israel deported him to Australia in 1974, and he died in 1995 while under psychiatric care. He had claimed he tried to destroy he mosque because he was the “Lord’s emissary” to destroy the mosque in order to  allow Jews to rebuild the Temple Mount and speed the Second Coming of Jesus.

No sane person believe Israel was involved or behind the attack, but Israel insists on giving Salah the freedom of speech to incite hate and violence in Israel, ignoring the principle once established by the U.S. Supreme Court that freedom of speech stops at “yelling fire in a crowded theatre.”

The theatre is Israel and Salah, much more than Mahmoud Abbas, is leading the incitement as a Fifth Column within Israel.

Salah is from Um el-Fahm, an Arab Israeli city where he was elected mayor three times and where he has established his Islamic Northern Branch headquarters in the north. Jews don’t dare venture into the city unless they have pre-arranged business. It is one of the country’s fiercest anti-Israel hotbeds of incitement, hatred and terror.

Salah has a long record of crime and anti-Israel activity that could have kept him behind bars for years. He was arrested in 2003 and was convicted of funding Hamas and having been in contact with an Iranian intelligence agent, for which he was sentenced to prison for a grand total of two and a half years.

He has frequently whipped up violent riots in Jerusalem, where he has been banned several times from entering.

In 2009, he stated in Um el-Fahm, “In spirit and blood we will earn Al-Aqsa. We will be martyrs for Allah and Jerusalem. We will bless holy death in the name of Allah in the courtyards of the blessed Al-Aqsa.”

His open incitement against Israel is enough to put him in jail time and time again, but Salah keeps coming back and Israel insists on ignoring him, as if he will fade away.

Instead, Salah wins more followers every day. He has reached incitement against Israel to Bedouin in the Negev, where Jews already are a tiny minority outside of Be’er Sheva.

The London Guardian’s Mick Dumper noted as far back as 2009 that Salah’s “initial convention in Um el-Fahm has now evolved into an annual rally, drawing around 50,000 supporters and inspiring similar solidarity events across the Arab and Islamic world, from Lebanon to South Africa.

“This is extended by subsidized trips to al-Aqsa for Palestinians in Israel, with more than 2 million visits to the site since 2001….

“By its use of different media, the Islamic Movement has positioned itself as a key agent in both the struggle on the ground and the regional and international debates over al-Aqsa and the status of Jerusalem. Some senior PA officials now recognize that Salah’s public speeches and activities within Jerusalem have an impact upon their scope for negotiation and will undoubtedly influence future policy.

“In the words of one such official, ‘This self-appointed sheikh of al-Aqsa has built his own kingdom within Jerusalem. He is seeking to capture the hearts and minds of Jerusalemites as victory in Jerusalem offers him the greatest platform to Islamic victory in the Arab world.’”

Salah was on the Mavi Mamara, the lead ship in the  May 2019 flotilla to Gaza that was organized by the Turkish-based IHH “charity” foundation, whose Turkey branch been defined by Germany as in illegal terrorist organization. 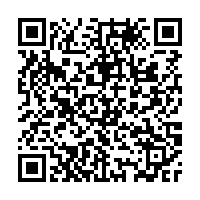