Josef Schuster, head of the Central Council of Jews in Germany, on Sunday told Die Welt that “Maybe it makes sense for [Middle Eastern asylum seekers] to visit a concentration camp or a Jewish museum,” so that they may reexamine their anti-Semitic views. But he conceded that short integration courses can’t work miracles.

Schuster said that many asylum seekers in Germany “come from countries where hatred of Jews and Israel are a raison d’État,” explaining that that “One doesn’t just forget caricatures that have been impressed upon one for decades when one enters Germany.”


The most senior Jewish official in Germany Schuster called for government integration courses for refugees to focus on “anti-Semitic attitudes,” for the population of more than one million newcomers who have arrived in Germany since early 2015.

“Whoever thinks that integration can be achieved in two years, is fooling themselves,” Schuster said. “When I look back at the integration of Jewish migrants from the former Soviet Union in the 1990s, then I can only say that complete integration takes one, if not two generations.” 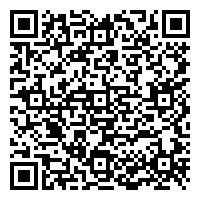