“In Azerbaijan, it is important to respect women,” says Azerbaijani Rabbi Zamir Isayev, head of the Jewish School in Baku. “On the bus, if a woman is standing, a man will always give her his seat.”


“You can’t be Jewish if you don’t have a Jewish mother,” he said. “In Judaism, the women enjoy the highest status. Every Rosh Chodesh is a woman’s day in our tradition. Every Shabbat, we buy flowers for our women. Every holiday, we must buy them dresses and jewelry and make them happy. It is a mitzvah for the husband to make his wife happy. It is written in the Talmud that the economic situation of every family depends on the happiness of the women. If the wife is happy, there will be money in the family. If she is upset, there’s a problem. Only because of the women were we freed from bondage in Egypt.”

Journalist Anastasia LaVrina, a Russian Christian woman who works for Azerbaijan TV, noted that International Women’s Day is a major holiday in Azerbaijan: “All of the women in the families and at work are being congratulated and getting some presents. In Azerbaijani society, we highly appreciate the role of women, the role as a mother, a sister, a daughter, a wife, as a person who can be independent and a lovable mother in the family.”

Seven women presently sit on Azerbaijan’s Supreme Court––out of a plenum of 30 justices. Mehriban Aliyeva is the Vice President of Azerbaijan. She is married to Ilham Aliyev, the President of Azerbaijan, who proclaimed that “Azerbaijani women have always been a reliable moral support of our society,” and, “Thanks to the inexhaustible spiritual strength they have received from their selfless, fighting and proud predecessors who left a deep mark in our history, they overcame all trials and fulfilled all the tasks assigned to them with dignity.”

Tatyana Goldman Alexander, a Jewish Supreme Court Justice, told the Jerusalem Post last October: “During my lifetime, as a Jew living in Azerbaijan, neither my family nor I have encountered problems as Jews. Azerbaijani society is amongst the most tolerant societies.”

Azerbaijan is a secular, multicultural society that’s also majority Shia––however, it does not mandate that women wear the hijab. According to Rabbi Isayev, Azerbaijan has always been hospitable to Jews. He cited the fact that 600,000 Azerbaijanis, including 10,000 women, fought against the Nazis in World War II. They including Azerbaijani female sniper Ziba Ganiyeva and female pilot Zulekha Seyyidmammadov. More than 400,000 Azerbaijani soldiers died in the war.

Azerbaijan’s Red City, population 30,000, is the only exclusively Jewish municipality outside the State of Israel. It has synagogues, kosher restaurants, and Jewish schools and kindergartens. 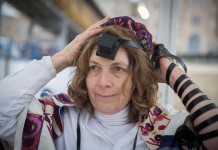 Another Iranian Official Dies of Coronavirus, More Borders Shut Down 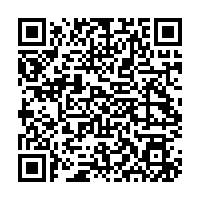