All members of the Jewish community living just outside of Osaka, in the Kobe area of Japan, are reported safe after a 6.1-magnitude earthquake struck Osaka, the second-largest city in the country.

At least four people were killed and 300 others injured on Monday as the temblor rocked the city on Japan’s main Honshu Island during the morning rush hour at around 8 am. It was the third strongest quake to have struck Japan.


“It woke us up,” Chabad center co-director Batya Vishedsky told JewishPress.com in a telephone interview Tuesday morning local time. “In Japan, we have special alert sirens similar to the Red Alert incoming rocket sirens in Israel that tell us when an earthquake is about to hit. But these only give us one or two seconds’ warning, not more.

Vishedsky, who together with her husband, Rabbi Shmuel Vishedsky, co-directs Chabad of Osaka, explained, “The siren is transmitted via telephone. We got the call, and immediately after the house began to shake. A few things were broken in the house, but all in all, it wasn’t too bad here in Kobe.

“We called everyone,” Batya went on. It was very strong. Streets were broken. My husband immediately made calls to see if he was needed, to see if all was well — to check up on everyone in the community. Japan is well prepared for earthquakes; many of the homes and buildings are constructed so as to minimize damage from these things,” she added.

Vishedsky said there are “several hundred” Israelis who are in the Kobe area — for work, on business, as tourists — for all kinds of reasons. “They simply somehow stick around after being here a while,” she said. On any given holiday, she and her husband and four children host up to 300 guests; every Sabbath they can expect at least 50 people for hospitality. “It’s our community,” she said.

The quake struck at a depth of approximately 13 kilometers (8 miles), according to the Japan Meteorological Agency. Large parts of the island nation were affected, including western areas, and Kyoto.

Gas supplies were disrupted at more than 100,000 homes, water outages continued in large areas, and numerous train line services were suspended, including that of the “shinkansen” bullet train. Kansai Electric reported 170,000 homes in the Osaka region without power.

The good news, however, was a report by the Nuclear Regulation Authority, who said that no problems were detected at local atomic power plants. Regardless, many companies suspended operations at local factories, including Honda, just to be on the safe side.

A government spokesperson named Suga warned that aftershocks are likely in the next few days, and some of them may be quite strong. “Large-scale quakes are likely to happen in the next two or three days,” he told reporters.

“There are fears the risk of houses collapses and landslides has increased in the areas shaken strongly, said Toshiyuki Matsumori, an earthquake monitor at the country’s meteorological agency quoted by Channel News Asia. 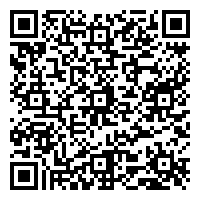