The Jewish community of Hebron hosted a record-breaking crowd of some 35,000 people in Kiryat Arba and Hebron this past Shabbat (Sabbath), for the Torah portion of the week relating to the passing of the Biblical matriarch Sarah, Parshat Chayei Sarah.

The Cave of the Patriarchs in the ancient city of Hebron was open to Jews. The families of the community opened their homes to the tens of thousands of guests, with the gracious cooperation of the IDF and Israel Police.

The Jewish Community of Hebron, which recently received the status of a local municipal authority, has just launched ‘Operation Machpela’ to promote a new construction project approved in recent weeks and set to receive new funding.

Thousands of tents and hundreds of caravans were placed in the streets and city parks around the Tomb in which the Biblical patriarchs and matriarchs are interred. Chabad of Hebron hosted some 4,000 guests in its huge hospitality tents.

Guests heard lectures, nigunim and performances from vocalists and cantors including Dov Heller, Dudu Fisher, Hezki Sofer and numerous others. 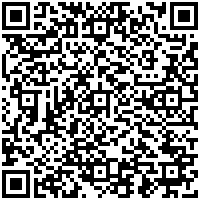