Former NY Assembly Speaker Sheldon Silver, 77, who at one point was the most powerful Democrat in the state, was released from prison on Tuesday and will remain in home confinement federal officials consider his request to serve the remainder of his 6.5-year sentence under house arrest.

President Donald Trump was rumored to consider pardoning Silver but decided not to do so on his last day in office.

Silver was first elected to the Assembly in 1976, representing lower Manhattan, which includes the financial district and the historic Lower East Side. In 1991, Silver became chairman of the Assembly Ways and Means Committee, and in 1994 he became the Speaker of the Assembly, a post second in its power only to that of the governor.

Until he was forced to resign in 2015 following a federal investigation, Silver was re-elected with 80 to 90 percent of the vote. He brought prosperity and order to the Lower East Side, where Jews, Hispanics, African Americans, and Asians co-existed more peacefully than anywhere else in the city, even though the area was the second-poorest in Manhattan.

The United States attorney’s office in Manhattan, which prosecuted Silver, stated its objection to his release. Silver was convicted of receiving illegal fees totaling about $5 million over several years for his connection to a scheme to refer asbestos claims to the firm of Weitz & Luxemburg via about $500,000 in state grants to Dr. Robert Taub, a researcher in diseases caused by asbestos and the director of the Columbia University Mesothelioma Center.

Silver’s former chief of staff, Judy Rapfogel, told the NY Times on Tuesday evening that the former Speaker was in his apartment in the Grand Street co-ops on the Lower East Side, and added that “his community is extremely thankful that’s he’s back home.”

The New York Post published images of Silver taken home in a wheelchair, wearing a facemask, and looking very thin. His replacement in the Assembly, Democrat Yuh-Line Niou, said that “no New Yorker should die from the pandemic while in jail,” and added, “We should be taking steps for all incarcerated New Yorkers in at-risk populations to be safe from Covid-19. Our prisons have been and are still hot spots for the virus, and we need to remain vigilant about combating coronavirus in our prison system.” 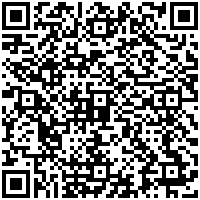