The rebuke session of the chargé d’affaires of the Israeli embassy in Warsaw Tal Ben-Ari Yaalon at the Polish foreign ministry ended Monday morning. The Israeli official was told by the Poles that they were disappointed by the statements made recently by Foreign Minister Yair Lapid which “damage the relations between the two countries and whose tone was inappropriate.”

The Polish foreign office staff added that “we are prepared to conduct an exchange based on mutual respect and which does not permit intervention in the local laws. Poland is counting on the Israeli side to base its claims on facts rather than accusations.”


According to the Polish state news agency PAP, the Polish parliament on Thursday passed a bill making it more difficult for Jews to recover property seized by the Nazis and then kept by the Polish communist party. The law introduces a 30-year statute of limitation on Jewish claims and was passed in the lower house with 309 in favor, zero against, and 120 abstaining. The bill now moved to the Polish Senate for a debate.

Israeli foreign minister Yair Lapid (Yesh Atid) on Thursday tweeted his angry reaction: “Today, the Polish parliament passed a law preventing the return of Jewish property, or compensation for it, to Holocaust survivors and their descendants. I have no intention of remaining silent in the face of this law. This is a direct and painful violation of the rights of Holocaust survivors and their descendants. This is not the first time that Poles have tried to deny what was done in Poland during the Holocaust.”

Ahead of the rebuke session, Polish officials said that their goal was to sit down for a discussion and speak openly in an attempt to solve the crisis. But at the same time, they made it clear that despite the threats from Israel, they plan to promote the law.

A senior Polish official said that Lapid’s attacks on Poland are “ridiculous and serve his internal political needs. It’s the easiest for him to attack Poland, although there’s no connection between the law and the Holocaust.”

We beg to differ. 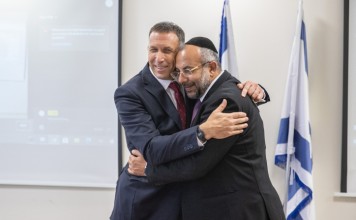 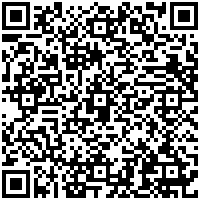