Update: Polish President Andrzej Duda early Friday morning issued a statement saying, “We received official explanations from the Israeli side and it seems that this was a malicious journalistic manipulation.”

Earlier, sources inside Poland’s Prime Minister Mateusz Morawiecki’s Office said they intended to examine a statement made Thursday by visiting Prime Minister Benjamin Netanyahu regarding the collaboration between Poles and the Nazis during World War II.

In an attempt to calm things down, Israel’s ambassador to Poland, Anna Azari, late Thursday night sent a letter to the office of the Polish Prime Minister, explaining that “Prime Minister Netanyahu did not say that the Polish nation committed crimes against the Jews, but only that no one has yet been sued under the Holocaust Law for saying that Poles collaborated.”

The Polish sources said Netanyahu’s statement was “surprising,” and suggested Morawiecki is considering the cancellation of his participation in the Visegrád States’ conference scheduled to take place in Israel next week, and moving the event to Warsaw.

The Visegrád Group is a cultural and political alliance of four Central European states – the Czech Republic, Hungary, Poland and Slovakia, which are members of both the European Union and NATO.

The Poles’ response came after Netanyahu referred to the Polish Holocaust Law (the famous “Polish Death Camps” controversy) in conversation with journalists at the Warsaw Conference on the Middle East taking place this week.

“It’s never hidden, here I say it here, there’s no argument about that.”

Polish President Andrzej Duda tweeted that the conference in Israel should be cancelled and held in Poland instead, if Netanyahu had actually said what was being reported.

This brouhaha followed last year’s crisis over the Polish Holocaust Law, which forbids accusing Poles and occupied Poland of committing crimes against the Jews during the Holocaust. Last June, the Polish government announced it had changed the law under pressure from Israel and the United States. Netanyahu explained at the time that Israel had conducted secret contacts with Poland for several months after the law had been passed. 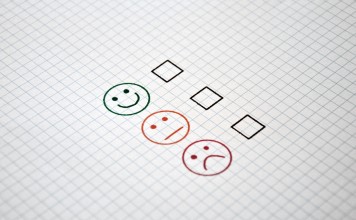