Here in Israel the political parties are revving up their campaign machinery for the 2019 Knesset Elections. Once all the primaries and committees (depending on the political party) submit their lists of Knesset candidates, then election fever will really heat up. Like in all democracies, genuine ones at least, polling companies and experts are big business. And the polls can have a very dangerous influence on voter/results. 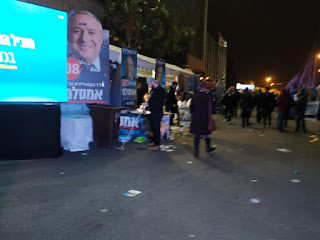 Even the best of polls only take “samples” of a small percentage of the potential voters. In Israel, that means that just a few hundred are considered sufficient for predicting what the entire country is going to vote.


Now, we all know that if we sniff out the politics of  people living in different locations, we’re going to get very different, contrasting, conflicting opinions. Because of the large range of political parties here in Israel, which do make it to the Knesset, even people who profess the same ideology/opinion about issues will vote for different political parties.

Frequently, people will preface their opinion with the phrase “Everybody says/thinks…” Honestly, I hate that word “everybody,” since there is no such animal.

Too many times, people are influenced by the polls. Either the campaign workers are overconfident and don’t work hard enough. Or people think it’s “wise” to change their vote to a political party they think won’t get enough votes to make it to the Knesset. Sometimes people hear that their party or “side” hasn’t a chance, so they don’t even bother voting.

Some people who answer polls, purposely announce they’re voting for a party they’d never vote for. It’s a big joke for them. In addition, there are those who don’t fully make up their mind until they’re actually voting, or change their mind at the very last minute.

We should vote carefully, according to which party, or candidate we honestly feel will do the best job. And then pray that Gd will not only give them wisdom, but they will use their Gd given Free Will to do what’s truly best for the public good. 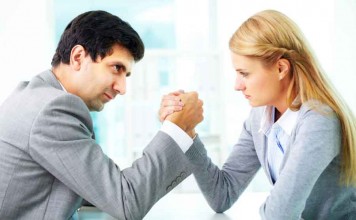