Prime Minister Benjamin Netanyahu on Sunday morning told a cabinet meeting, “I would also like to commend UAE Foreign Minister Abdullah Bin Zaid for his important remark. He brought up the memory of the victims of the Holocaust and called for a fight against racism, hatred and extremism. Abdullah Bin Zaid’s remark is pioneering regarding the Arab world’s attitude toward the Holocaust. It is also a sign of change regarding the Arab world’s attitude toward Israel, one more such sign.”

On Saturday, the Emirati Foreign Minister tweeted: “While we remember Holocaust Memorial Day, we stand on the side of humanity against racism, hatred and extremism, and together we remember the lives taken so that such crimes against humanity will not repeat themselves.”

Bahraini Foreign Minister Khalid bin Ahmed Al Khalifa tweeted, also on Saturday: “We stand with humanity in its rejection of racism, hatred and extremism. Together, we remember the lives that were lost so that these crimes against humanity would not be repeated.”

Netanyahu added on Sunday: “I commend the visit of Dr. Mohammed Al-Issa, Chairman of the Muslim World League in Saudi Arabia, to Auschwitz last Thursday. This is another sign of change in the attitude of Islamic bodies – and, of course, the Arab states – toward the Holocaust and the Jewish people.”

In August 2017, Sheikh Abdullah urged Iran and Turkey to end their “colonial” actions in Syria, and called for “the exit of those parties trying to reduce the sovereignty of the Syrian state.” He added that “if Iran and Turkey continue the same historical, colonial and competitive behavior and perspectives between them in Arab affairs, we will continue in this situation not just in Syria today but tomorrow in some other country.”

On February 14, 2019, Sheikh Abdullah said that Israel was justified in attacking Iranian targets in Syria.

Regarding his trilateral meeting this week with President Donald Trump and with Blue&White chairman Benny Gantz to discuss the American Deal of the Century on peace between Israel and the Palestinians, Netanyahu said: “We are in the midst of very dramatic diplomatic events, but the peak is yet before us. I will soon leave for Washington where I will meet with my friend, US President Donald Trump, who will present his ‘plan of the century.’ I think that such an opportunity occurs once in history and we cannot miss it. For three years, I have spoken with President Tramp and his staff about our security and national needs – many dozens of conversations, hundreds of hours. In all these talks, I have found an attentive ear in the White House to the State of Israel’s vital needs.”

“I am leaving for Washington with a sense of great mission, great responsibility and great opportunity, and I am full of hope that we will be able to make history,” the PM said. 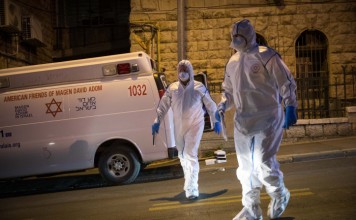 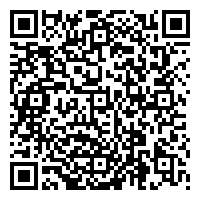