The Republican Jewish Coalition on July 22 received a letter from lawyers for the Jewish Democratic Council of America, demanding they delete their tweet which wondered asking why the JDCA remained silent while Squad Congresswoman Ilhan Omar (D-Min) kept using her anti-Semitic rhetoric.

Ezra W. Reese, Counsel to Halie Soifer & the Jewish Democratic Council of America, wrote the Republican Jews regarding a “defamatory Tweet concerning Ms. Soifer and the JDCA, published on July 21, 2021, by the Republican Jewish Coalition (RJC).”

Islamophobia is awful and must be condemned.

Antisemitism is awful and must be condemned.

So why is it that @USJewishDems and @HalieSoifer fail every single time to condemn @Ilhan Omar’s antisemitism? https://t.co/gYCDr4eyfG

Reese wrote that “the claim that Ms. Soifer and the JDCA have not condemned Representative Omar for anti-Semitism is simply and provably false. We demand that the RJC immediately withdraw this false claim.”

To support his claim, the attorney for Soifer, who heads the Courtesy of JDCA, cited the group’s Feb. 10, 2019 tweet that said: “@IlhanMN – absolutely the wrong response. Enough is enough with the anti-Semitic tropes.”

The tweet, which is not available online (one wonders why – DI) includes a link to an article on the JDCA website (Jewish Dems Condemn Rep. Ilhan Omar’s Anti-Semitic Tweet) in which, according to the attorney, Soifer stated: “We condemn Rep. Omar because her statement represents a form of anti-Semitism that has historically been used to target Jews.”

“Ilhan Omar is not antisemitic; she has apologized for remarks that she realized were inappropriate” https://t.co/XBZaxnFXxg

However, to be fair to the Republican Jews in the room, Omar has been spewing lots more anti-Semitism since the winter of 2019, so, even though they were wrong to suggest “the JDCA remained silent while Squad Congresswoman Ilhan Omar (D-Min) kept using her anti-Semitic rhetoric,” a counter-quote from a lawyer that brings a solitary condemnation from 30 months ago, is, well, not convincing.

The same lawyer concludes: “We demand that this Tweet immediately be deleted. Please contact me to inform me that the claim has been deleted and that the RJC will no longer make this false claim.”

The RJC’s response was: “We decline to do so, and we will not be silenced,” and issued their own statement, arguing: “JDCA put out a statement condemning one particular tweet by Omar. Where were their condemnations of her other recent anti-Semitic comments and tweets?”

The RJC’s lawyer noted, for the record, that his clients’ tweet was “protected political speech and hyperbole.”

The same lawyer also asked a question that has been bothering this reporter from the moment I laid eyes on the JDCA’s letter. He suggested that the RJC tweet “posed a rhetorical question that could have been answered simply that the JDCA did condemn such anti-Semitism – in February 2019. That way, the public record would be clear…”

But why does the JDCA want the other side’s tweet obliterated? Who cares if some Republican Jews are angry that their Democratic counterparts aren’t tough enough on the Squad’s anti-Semite in Chief? I have an idea. Because if that tweet is allowed to stay up there, some Democratically-affiliated Jews are going to wonder aloud where are Halie Soifer & the Jewish Democratic Council of America’s condemnations of Omar’s more recent “anti-Semitic tropes.” And they’d rather not stir this hornet’s nest right now.

So now the JDCA must either make good on their threat and sue for defamation—which they most assuredly would lose—or just keep very, very quiet and hope no one in the Jewish media would pay attention to the RJC’s press release. 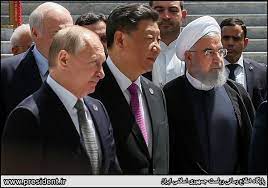 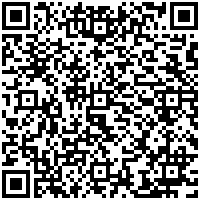