In the aftermath of the horrific anti-Semitic slaughter this weekend in Pittsburgh, KKL-JNF World Chairman Daniel Atar sent a formal letter Sunday to Israeli Minister of Education & Diaspora Naftali Bennett, World Zionist Organization Chairman Avraham Duvdevani, and Jewish Agency Chairman Isaac Herzog, with a ‘call to action’ to come together and create a strategic plan to help protect the Jewish Diaspora.

Following is the text of the letter.

In light of the horrifying anti-Semitic terror attack that took place in Pittsburgh, in which Jews were killed just for being Jews – despite them being in the world’s largest democracy, which is also Israel’s biggest ally – I believe there is a need to unite all of us responsible for maintaining ties with the Diaspora’s Jews. This is in order to build a strategic plan that will strengthen the protection of Jews in the Diaspora.

I believe the collaboration of powers of the bodies we lead, through thoughtful use of the resources available to us, can help eradicate additional anti-Semitic terror attacks. Building such an action plan will mean not only establishing an operational strategy to provide physical protection for Jewish communities around the world, but also sending a solid message that the entire people of Israel will protect and stand beside every Jewish man and woman, wherever he or she may be!

In light of this, I kindly request that such a meeting will take place at the earliest possibility at Minister Bennett’s offices, in order to move this matter forward as soon as possible.

The Diaspora Minister left Israel immediately following the conclusion of the Sabbath on a flight for Pittsburgh, where he said he would endeavor to carry out a needs assessment to determine how Israel could best assist the community in the coming days following the attack.

Bennett said he would meet the local community and participate in the funerals of those killed in the attack. In the interim, the minister directed the Director General of the Diaspora Ministry to prepare to assist the Pittsburgh Jewish community, including the need for emergency and resilience teams that had already left Israel to provide psychological assistance and community rehabilitation. 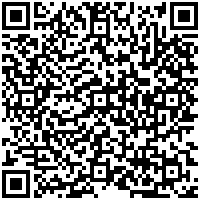