Portuguese Foreign Minister Augusto Santos Silva announced on Sunday that his government is working on amendments to the criteria under which descendants of Jews who were expelled from the Iberian Peninsula 500 years ago can apply for citizenship, Schengen Visa Info reported.

The move follows the arrest, a week and a half ago, in the coastal city of Porto in northwest Portugal, of the leader of the local Jewish community, Rabbi Daniel Litvak, on suspicion of helping the Russian-Israeli tycoon and owner of the Chelsea football club Roman Abramovich obtain Portuguese citizenship illegally. According to Reuters, the Portuguese government has been looking for ways to strip Abramovich of his citizenship.


Here’s a bit of trivia: Foreign Minister Silva, a Socialist, is a native of Porto. He started his political activity while at university, serving as a member of the Porto committee of the Workers’ Revolutionary Union, a Trotskyist group aligned with the Internationalist Communist League.

The Portuguese government’s alteration of the 2013 law is taking place in keeping with European Union countries and the United Kingdom, who have cracked down on Russian oligarchs who were awarded citizenship or residency rights in their countries, as yet another sanction against the invasion of Ukraine by President Vladimir Putin, who maintains a close friendship with the oligarchs in question.

The Portuguese eagerness to make things right with other Western countries has led to at least one absurd outcome: according to Minister Silva, the amended law on Portuguese citizenship for Jewish descendants would introduce a requirement that applicants prove their “effective connection with Portugal.”

This means that individuals who apply for Portuguese citizenship as descendants of Jews who were expelled in the 1490s must now provide proof of owning inherited property in Portugal.

Abramovich appealed for citizenship based on the law that allows descendants of Sephardic Jews who were expelled in the late 1490s to obtain Portuguese nationality. The Jewish Community of Porto issued Abramovich a certificate confirming his Sephardic descent.

Tens of thousands of applicants have attained Portuguese citizenship under the law after the government had authorized two Jewish communities to rule on their qualification: in Lisbon and in Porto. The Jewish Press noted in 2019 that two-thirds of the approximately 15,000 Sephardic Jews living in Istanbul had chosen to become Portuguese citizens because that country, unlike Spain, did not require language exams for descendants of Sephardic Jews to be naturalized there. In comparison, fewer than 400 Jews obtained Spanish citizenship during the first two years of Spain’s equivalent law’s existence.

Porto’s Jewish community issued a statement last week saying it is was the target of a “smear campaign,” insisting that Rabbi Litvak oversaw the department that certifies Portuguese nationality based on criteria that “have been accepted by successive governments.” 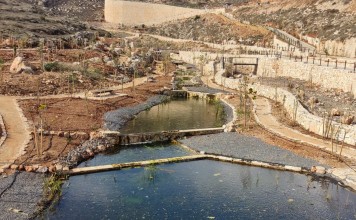 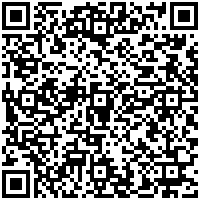