Reshet Bet radio on Monday morning, the eve of the new election, reported that officials in Prime Minister Benjamin Netanyahu’s circle are concerned that if the rightwing bloc fails to get 61 seats on Tuesday, the Likud would launch an internal impeachment process to replace Netanyahu.

This concern has been voiced by anonymous Netanyahu associates in recent days, and it is focused on an eventuality where Netanyahu and the rightwing bloc fail to achieve a clear majority of 61 seats.


To date, such statements have been made openly only by Israel Beiteinu chairman Avigdor Liberman or Blue&White officials. Liberman recently described the process by which Netanyahu would be ousted, saying: “If, after a round of [rightwing opposition leaders’ meetings with Netanyahu], there are no 61 recommendations – it is obvious that the next day he will be replaced by the Likud.”

“We have been through three and a half elections in less than a year (Liberman included the municipal election campaign, which was held on schedule – DI). No one would go to any third election campaign, they will just look for another candidate,” Liberman predicted.

In fact, Liberman has been instrumental in pushing Netanyahu’s dismissal by his own party members when he, Liberman, refused to enter a coalition with Likud as long as it was headed by Netanyahu.

MK Gideon Sa’ar (Likud), who is considered Netanyahu’s heir apparent and is being treated with suspicion by the Likud chairman, addressed the issue recently, saying, “Attempts to stick a wedge into the Likud leadership will not succeed.”

In an interview on Kan 11 News, Sa’ar rebuffed the question of whether he would take over should Netanyahu fail, saying: “I don’t hear you ask Blue&White what would happen if Gantz failed to assemble a government.”

MK Mickey Zohar (Likud) also addressed the rumor, saying: “We will never betray Netanyahu because we have a path.”

Sa’ar addressed Likud’s clash with the Yamina party, saying: “Their claims as if we’re focusing on them are wrong. We’ve explained that it is important that the Likud be the largest party, because in the complex political reality we are witnessing, this is certainly a factor that could affect the discretion of the president in deciding whom to choose to cobble a government under certain circumstances.”

Yamina chairwoman Ayelet Shaked on Sunday night accused Netanyahu and his “close circle,” hinting at the PM’s wife Sara, who for some unknown reason detest her personally and are hell-bent on destroying her religious Zionist party. 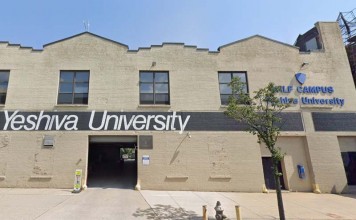 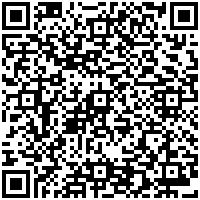