Julia Salazar, 28, is a Brooklyn based community organizer and member of the Democratic Socialists of America, running for the State Senate from the 18th district (Bushwick, Williamsburg, Greenpoint, Cypress Hills, City-Line, East New York, Bedford-Stuyvesant and Brownsville) against incumbent Martin Malave Dilan in the Democratic primary on September 13. Nothing particularly special there – the Trump presidency has given rise to dozens, if not more, young female candidates seeking the Democratic nomination for countless offices across America.


Tablet’s Armin Rosen did a marvelous investigative job digging through social media posts, articles, and interviews with people who knew Salazar at Columbia University, to show that the Democratic Socialist started out as a right-wing pro-Israel Christian. She was the president of the on campus Right to Life, and in 2012 appeared on the Glenn Beck show, at the Christians United for Israel’s annual Student Advocacy Leadership Training in San Antonio, Texas.

In the winter of 2012, according to Rosen, Salazar received a stipend to attend AIPAC’s annual Policy Conference in Washington, and in the summer she traveled to Israel for the first time, on a trip with Christians United for Israel.

“Just a few months later, Salazar’s view of the region, and of her own identity, had taken a dramatic turn,” Rosen writes. “In February of 2013, she was one of the students who helped charter Columbia’s J Street U chapter. By September of 2013 she said she kept kosher.”

Three years later, in 2016, presumably at the end of her transformation, Salazar had become a bona fide anti-Zionist Jewish activist, affiliated with Jews for Racial and Economic Justice (JFREJ), the pro-BDS Jewish Voice for Peace, the anti-Zionist Mondoweiss, IfNotNow, and—how could she not—Linda Sarsour.

“My dad would talk about his dad being Sephardi, and then he would talk about it as a spiritual and geographical connection. And it was confusing as a kid,” Salazar told Jewish Currents. “I read a lot, and my parents encouraged me to read the bible and apologetics and Torah as well. But I didn’t have a bat mitzvah, or a confirmation, or any of that sort of thing.”

But Salazar’s brother, Alex, told Tablet: “There was nobody in our immediate family who was Jewish … my father was not Jewish, we were not raised Jewish.”

Salazar countered in a JTA interview: “I went through a conversion process with a Reform rabbi at Hillel in 2012.” Explaining why she hadn’t mentioned this before, she explained: “I don’t really bother to consider it a conversion because many people don’t respect Reform conversion.”

“But I am Jewish, there’s no way for me to become un-Jewish except by converting to some other religion which I never intend to do,” she said. “Even if the gatekeepers of Jewishness want to deny my Jewishness, that doesn’t really upset me.”

Of course, there are no gatekeepers of Jewishness – although the notion seems surprisingly attractive, considering how many Jews-by-thought have sprung up in the culture since Madonna became Esther with help from the Holy Zohar.

We visited Salazar’s campaign website on Wednesday morning and rushed to the Meet Julia section. A search for “Jewish” yielded nothing – if a reference to her roots, real or fake, had been there, it has been removed. Now we’ll have to wait and see if the Democratic machine will manage to overcome her challenge to the incumbent, come September 13. 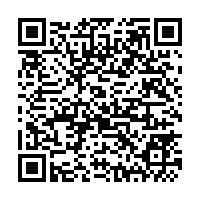