Prime Minister Benjamin Netanyahu and Transportation Minister Yisrael Katz, have inaugurated Israel’s first high-speed railway line — that is, the portion of the line that will be operational by the time the intermediate days of Sukkot arrive next week.

The first part of the route, which connects Jerusalem with Ben Gurion International Airport, opens officially next week. The portion that was to reach Tel Aviv is not yet ready due to technical issues that still must be resolved.

Netanyahu and Katz toured the new line’s Yitzhak Navon railway station in Jerusalem and took a test run from Jerusalem to Ben-Gurion International Airport. During the trip, Israel Railways Chairman Dan Harel and Israel Railways Director-General Shahar Ayalon briefed the Prime Minister on the complexity of the project, and updated him on the work that still needs to be done ahead of its opening.

Upon its completion, the entire project is expected to cost approximately seven billion shekels and will include the construction of 10 bridges and four tunnels.

“This is an historic moment, and I use that term carefully, but I have always believed that it is possible to link Jerusalem to the national railway network and not via the old Turkish route that I rode on as a boy and a youth,” Netanyahu said before boarding. “And here, the moment has arrived after a great effort by the Government of Israel, the Transportation Ministry and all of the elements who worked on it. This truly is a new era. I can only ask that you join the ride and see for yourselves.”

“When I was a boy we used to sing ‘The Train Flew between the Mountains and the Hills’ and today I have the special pleasure of being on a train that flies through the mountains and the hills, and will reach Tel Aviv in the record time of about 30 minutes. This is a new era for Jerusalem and the State of Israel. Come and join [the ride].”

In fact, the train, which runs solely on electricity, is expected to make the trip from Jerusalem to the airport, and also in reverse, in 20 to 25 minutes. There will be two trains per hour, Sunday through Thursday, between 6 am and 8 pm.

Beginning next week and for the next 90 days, passengers will be able to get a “free ride” to and from the Yitzhak Navon train station in Jerusalem. However, you’ll need to order those tickets in advance, online, and you’ll need to have a “Rav Kav” travel card in order to take advantage of the deal.

Israel Railways also notes that the current railway line, which is slower at about 80 minutes in duration from Tel Aviv to Jerusalem’s Malha Mall railway station, also will remain in active service. 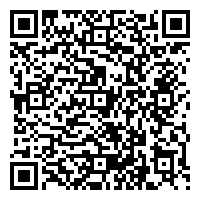