Israel’s President Isaac Herzog is facing hate from citizens in Bahrain as he prepares for Sunday’s visit to the Abraham Accords member nation.

Bahrain’s King Hamad bin Isa Al Khalifa issued the invitation for Herzog’s state visit, to be the first by an Israeli head of state.

Herzog is scheduled to visit the United Arab Emirates on Monday, where he will meet with Sheikh Mohammed bin Zayed Al Nahyan (MBZ), ruler of Abu Dhabi. He will also attend the Abu Dhabi Space Debate during his stay.

The Israeli president is scheduled to meet with senior government officials as well as with members of the tiny local Jewish community. He is leading a group of Israeli business leaders who will meet with the Bahrain Economic Development Board during the visit.

But security for Herzog by the Shin Bet intelligence agency has been upgraded in light of Bahraini opposition hate being spewed on social media and in street rallies, Israel’s Channel 12 reported.

One post featured the Israeli president with red eyes and a fire behind him. “Criminal,” the caption read. “You are not welcome in Bahrain.”

A separate post charged bluntly, “All normalization is an act of treason. Do not come.”

In addition, Bahraini protesters took to the streets to demonstrate against the Israeli president’s visit.

Bahraini citizens came to the streets to protest the visit of the head of Zionist regime, Isaac Herzog, to Bahrain. pic.twitter.com/ojmEWUgBBv

The protesters, associated with pro-Iran opposition groups, chanted “Death to Israel” during rallies on Friday against Herzog’s visit, according to Ynet.

Demonstrations were reported in Karrana, Diraz and Sitra – but all were peaceful. 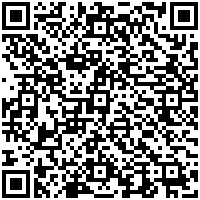