The Kuwaiti newspaper Al-Jarida reported on Monday that “Hezbollah Secretary-General Hassan Nasrallah has decided to move his residence to Tehran for an indefinite period until the tensions created following the assassination of the nuclear scientist Muhsen Fakhrizadeh ​​and the end of Trump’s term (translation: Amir Tsarfati).”

The newspaper cites intelligence sources in Lebanon that have recently intercepted massive communication between Hezbollah and the Revolutionary Guards regarding their fears of a planned assassination of the terrorist leader.

Many on the social networks have questioned the wisdom of Nasrallah’s moving from the bunker where he has been hiding successfully since 2006 to the very place where agents of all stripes have been assassinating key Iranian officials and blowing up military facilities. But if there’s one thing Sheikh Nasrallah knows how to do it’s staying alive.

Al-Manar, a pro-Hezbollah website, on Wednesday night reported that Israeli aircraft flew over Beirut at a low altitude – but they’ve been doing it frequently since 2006, and certainly since the start of the Syrian civil war in 2010, and the well-entrenched mole Nasrallah never came out to seek shelter elsewhere.

Back in July, Iranian Deputy Parliament Speaker Amir-Hossein Ghazizadeh tweeted: “Apparently, the terrorist United States, making a very wrong calculation, assessed positively the results of its assassination of the martyr Qassem Soleimani and has instructed the forces under its command to carry out similar actions against other commanders of the resistance front, especially Hassan Nasrallah.”

Nasrallah, 60, became Secretary-General of Hezbollah after his predecessor, Abbas al-Musawi, was assassinated by Israel in February 1992.

In October 2008, there were reports that Nasrallah had been poisoned and was saved by Iranian doctors who came to Lebanon to treat him. The sources told the Iraqi news outlet Almalaf that a particularly poisonous chemical substance was used against the Hezbollah leader and that his medical condition was critical for several days. Almalaf cited sources believing the poisoning was an Israeli assassination attempt. Hezbollah denied that Nasrallah had been poisoned. 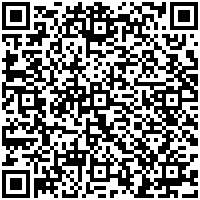