A Western intelligence source has revealed the cyberattack that targeted Israel’s water infrastructure this past April was aimed at raising the level of chlorine in the water flowing to civilian homes in the Jewish State.

According to a report published by the British Financial Times, four Israeli officials and a Western intelligence source told the newspaper the Iranian-based cyberattack breached the software that runs the Israeli water pumps, after first moving through US and European servers to hide its source code.


Iran’s government has rejected the allegations, saying Iran “cannot afford to try to poison Israeli citizens – and if Iran did, then where is the appropriate Israeli response?”

A subsequent cyberattack on the Iranian Shahid Rajai port that was attributed to Israel apparently came in response to that attack on Israel’s civilian water supply; Israeli sources who spoke with the newspaper called it “very small, like a knock on the door.” 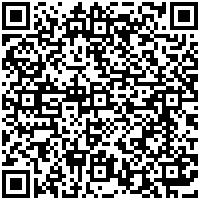