A report published Saturday by the Jordanian Al Rai newspaper and reported widely in Israeli media, including by Israel’s Channel 10 television news, claimed that Israel compensated Jordan to the tune of $5 million over the deaths of two citizens who were shot and killed by an Israeli embassy security officer last July, and a third citizen killed in 2014.


The payment and an apology was the price for Israel’s return and reopening of its embassy in Amman.

One of the two victims was a Jordanian worker from a furniture store who was delivering product to the Israeli embassy in Amman, and who attempted to stab the Israeli security officer from behind.

The officer, responding to the attack, shot the attacker, but in the course of the melee, an innocent Jordanian bystander, the landlord of the building who was in the room – got caught in the crossfire as he tried to pull the attacker away from the guard.

The third Jordanian is Ra’ed Zeiter, who was shot and killed when he attempted to grab an Israeli soldier’s gun at the Allenby Border Crossing between Jordan and Israel in 2014. The soldier defended himself, opening fire and in so doing, shooting Zeiter, who died of his wounds.

According to Palestinian Authority records, Zeiter was a resident of Samaria at least until 2011. Jordan claims Zeiler was a judge in the magistrate’s court.

Jordan likewise claims Israel forwarded its formal apologies to the families — including the family of the terrorist who hoped to kill the security officer — as well as to the government along with the compensation.

Israel must still appoint a new ambassador to replace Einat Schlein in order to finalize arrangements, since the ambassador is not being allowed to return.

“Prime Minister Benjamin Netanyahu expressed his appreciation to [Jared] Kushner and [Jason] Greenblatt for their behind-the-scenes efforts, which helped solve the crisis,” the Prime Minister’s Office said in a statement.

Channel 10 also reported that Israeli officials are working to arrange a phone call between the prime minister and Jordan’s King Abdullah II and a meeting as well.

The exercise bears an extraordinary resemblance to the procedure carried out by the Israeli government in order to resume diplomatic ties with Turkey just about eighteen months ago, however.

Ankara likewise required massive compensation payments to the families of terror “activists” who tried in May 2010 to murder Israeli commandos who boarded the Mavi Marmara, a flotilla vessel intent on violating Israel’s maritime blockade of Gaza. The commandos clashed with those who attacked them, resulting in 10 dead, an incident which Turkey’s then-Prime Minister Recep Tayyip Erdogan used as a pretext to sever diplomatic ties with the Jewish State.

In June 2016, Israel and Turkey negotiated a resumption of diplomatic relations — albeit not one that has returned to its former warmth — after Israel was forced to issue a formal apology, pay a massive compensation to the families of the dead terrorists, and agree to Turkey’s presence in Gaza.

Both Netanyahu and Abdullah will be in Davos this coming week for the World Economic Forum and Israeli officials are hoping to set a meeting on the sidelines of that gathering, although no arrangements have yet been made. 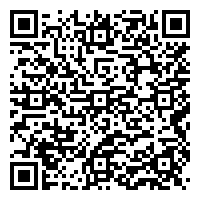