In line with the terms of the normalization agreement signed with Turkey in June, Israel paid Ankara $20 million on Friday in compensation over the 2010 Mavi Marmara incident, according to “Turkish diplomatic sources” quoted by the Anadolu news agency.

The two countries finalized and approved the agreement this past August. Under the deal Israel agreed to pay the compensation and Turkey agreed to drop all charges against IDF officials and soldiers with any connection to the 2010 Mavi Marmara flotilla incident, in which nine Turkish terror activists died after attacking Israeli commandos. The agreement normalizes ties between Israel and Turkey after a six-year hiatus. Israel also agreed to Turkey’s participation in humanitarian aid efforts in Gaza.


According to the report by Anadolu, “Israel has agreed to Turkey’s humanitarian presence in the occupied Gaza Strip.”

Turkey has sent two shipments of humanitarian aid to Gaza thus far. Both arrived at Ashdod port and then were delivered via the land crossing at Kerem Shalom in much the same manner as aid from other international sources.

Less than two weeks ago (Sept. 21, 2016) a man yelled ‘Allahu Akbar!’ (God is Great! in Arabic) and tried to storm the Israeli Embassy in the Turkish capital city of Ankara, but was shot in the leg by Turkish police. 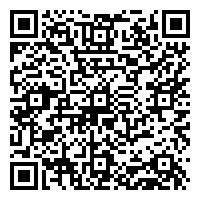