Tuesday night’s reports on Prime Minister Benjamin Netanyahu’s meeting with Jordan’s King Abdullah II used archival footage from the two leaders’ previous meeting, in 2018. That’s because the Amman Palace did not release new footage of the meeting. It was the Jordanian’s way of showing how upset they are with Israel.

Of course, without Israel’s free flow of water to Jordan (approximately 1 meter off the top of lake Kinneret), there would be no agriculture to speak of in Jordan (not to speak of daily showers). And without the Mossad and Shin Bet efforts to help quash rebellions and assassination attempts on the life of the king, he would have long since joined his namesake, King Abdullah I, who was shot dead by an Arab from the Husseini clan inside the Al Aqsa mosque in July 1951.

Speaking of which, according to the official announcement from the Palace, the king and the PM spent their meeting with Netanyahu listening to Abdullah II complaining about National Security Minister Itamar Ben Gvir’s ascending to the Temple Mount (Remember Yair Lapid saying “Blood will Spill?” Spoiler alert – it didn’t). Another royal complaint: Jordan’s ambassador to Israel was stopped at the entrance to the Temple Mount by an Israeli policeman who didn’t recognize him, and when the cop went to contact his superiors for instructions, the entitled Jordanian lost his patience and walked out in a huff. III – Instantaneous International Incident. The Israeli ambassador was summoned to the Palace, don’t ask.

Now it turns out that one other burning issue that may have been raised in the meeting between B and A was Jordan’s demand to be allowed to build a fifth minaret in the Temple Mount compound. It’s Abdulla’s way of establishing his control of the holiest site for Jews. There already are four minarets on the site, but five are better than one.

None of these Temple Mount fixations have anything to do with Jordan’s real needs and the many ways it wants Israel to help it deal with its severe problems.

Besides its complete dependence on Israel for its water and for the preservation of the life of its king, according to Middle East expert and commentator Ehud Yaari who spoke to 103FM on Tuesday, Jordan’s most pressing problem is “the rampage of Assad’s forces on the Jordanian border, mainly in huge drug smuggling operations. It got to the point where the king had to ask Putin for help, and Putin has better things to do.”

“The Jordanians are in dire financial straits,” Yaari continued. “The ruler of the Emirates held an emergency meeting with Arab leaders on the issue of aid to Egypt and Jordan. So, who didn’t show up? The Saudis. The Kuwaitis saw that the Saudis didn’t come, so they, too, stayed away. It meant that half of the money the Jordanians were expecting didn’t materialize.”

Yaari believes the king is raising hell about the Temple Mount because he’s being ignored by all the major players in the region, and he’s looking for ways to be heard. He’s been facing riots in his country, his reliable Bedouins (20% of the population) are no longer so reliable, and the “Palestinians” (80% of his population) hate him. He is also hosting some two million refugees from the civil war in Syria – not too reliable, every last one of them. And Iran is in the process of taking over Iraq (Thank you, President Bush II), and when they do, they’ll infest Jordan with Shiite militias looking to start a war with Israel.

So, naturally, Abdullah II insists on a fifth minaret on the Temple Mount. 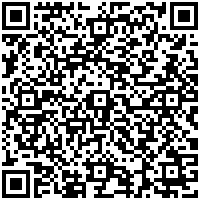