That’s according to the Arabic-language daily Ad Diyar, which reported Tuesday that the Lebanon-based guerrilla fighters “completed maneuvers” using special equipment to “penetrate” concrete block walls, in an effort to learn how to infiltrate the new border wall Israel is building in the north.


Of course, they’re assuming that their training walls are similar to the security barrier.

“A Western diplomat told his Arab counterpart that intelligence information acquired by his embassy indicates that Hizbullah carried out maneuvers in the central region of Syria last week using special equipment for the penetration of concrete walls similar to those constructed by Israel on the border with southern Lebanon,” the sources said.

“Maneuvers have focused on ways to breach electronic sensors, surveillance cameras and the harmonization between ground advancement and the use of unmanned drones in addition to other exercises to violate Israeli measures along the border,” the report continued, adding that Hezbollah’s actions are “a concern for the decision-making circles.”

The Iranian-backed Lebanese group declined to comment on the report, according to Ad Diyar, which quoted sources within Hezbollah as saying, “The Israelis realize that what they are doing is only to delay the fieldwork of the Resistance and not to prevent it.” 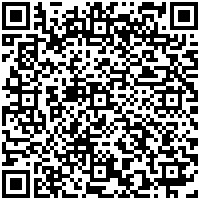