The Washington Post has treated an Iranian attack against Israel with unwarranted skepticism, using the event to unfairly question the motives of the Israeli military.


The Post asserted in a Feb. 10, 2018 report (“Israel claims incursion by Iranian drone”) that the Jewish state used an Iranian drone’s “alleged incursion” into Israeli airspace as a “pretext for Israeli strikes on what it described as Iranian targets in Syria.” The Post’s claim was part of a problematic and inaccurate caption that accompanied a video that the paper posted online to describe events that transpired in the early morning hours of Feb. 10, 2018.

As the Israeli Defense Forces (IDF) noted, the IDF intercepted an Iranian made unmanned aerial vehicle (UAV) after it entered Israeli airspace from Syria. During the attack, several anti-aircraft missiles were launched at Israeli fighter jets and sirens sounded in northern Israel. The Israeli Air Force (IAF) responded by engaging twelve targets, including three aerial defense batteries and four Iranian military targets, all of which were located in Syria. An Israeli attack helicopter successfully destroyed the Iranian UAV. An IAF F-16 jet also crashed, after its two pilots ejected. The pilots are currently hospitalized and it’s unclear at the time of this writing what led to the downing of the IAF plane.

The IDF has released footage showing the Iranian drone infiltrating Israeli airspace and the IDF’s response.

However, in its report, The Washington Post—without reason or explanation—sought to impugn the IDF’s motives and obfuscate on what happened. The paper wrote “the Israeli military released video it said shows an Iranian drone in Israeli airspace on Feb. 10, before it was destroyed by an Israeli attack helicopter. The alleged incursion was used as the pretext for Israeli strikes on what it described as Iranian targets in Syria [emphasis added].”

Yet, as CAMERA told Post staff and editors, this language is both unwarranted and evidences unprofessional editorializing. Numerous other reports, photographic evidence and the IDF’s own video, clearly detail an Iranian drone in Israeli airspace—and Israel’s subsequent response.

Nor, contra to what The Post’s language implied, is Israel alone in asserting that an Iranian drone entered Israeli air space. After the incident, the U.S. State Department, among others, expressed support for “Israel’s sovereign right to defend itself.” The language of “it said” and “claims” could lead readers to think that the matter is up for reasonable debate. It’s not.

Webster’s Dictionary defines pretext as “a reason that you give to hide your real reason for doing something.” The chain of events (an account of which can be found here) proves otherwise. The phrase “pretext” is journalistically imprecise, misleading and violates The Post’s own standards for fairness in reporting. 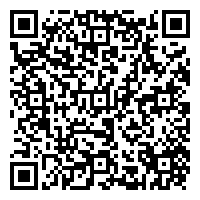