A large contingent of Lebanese Army reinforcements has reportedly been ordered to deploy along the United Nations so-called international “blue line” that is used as a border between Israel and Lebanon, claiming a corresponding buildup of IDF troops on the Israeli side.

The forces were reportedly sent Wednesday afternoon to be stationed in the town of Mays Al-Jabal in the Nabatiyeh Governorate of southern Lebanon, according to the pro-Syrian Al Masdar News, in response to the build-up of IDF troops on the Israeli side of the border.


The IDF is currently working on dismantling at least a dozen cross-border attack tunnels built by the Iranian-backed Hezbollah terrorist organization, discovered by Israel that are penetrating into Israeli territory.

IDF forces have so far exposed three of the tunnels, each of which reaches hundreds of meters into northern Israel.

The United Nations Interim Force in Lebanon (UNIFIL) mission head officially confirmed the presence of two of the tunnels and their infiltration into Israeli territory in a conversation with Lebanese President Michal Aoun and House Speaker Nabih Berri — a clear violation of Israeli sovereignty and a violation of UN Security Council Resolution 1701, the ceasefire agreement that ended Israel’s 2006 Second Lebanon War with Hezbollah.

Tensions have climbed in the region over the past 72 hours as Israel’s military works to dismantle the tunnels.

Netanyahu was briefed on the progress of Operation Northern Shield — the dismantling of the tunnels — and on the actions of military units in the area, after which he met with commanders and soldiers on duty along the border.

“Above all else, I am impressed by the spirit here and there are results,” Netanyahu told reporters. “We have just exposed a third tunnel. We are systematically dismantling the tunnels weapon.

“The most important thing is the readiness here – both in spirit and in materiel – for a much stronger response if Hezbollah makes a major mistake and decides to attack us or oppose our action. Hezbollah will be dealt unimaginable blows.

“The most important thing is the spirit of the commanders and the fighters. It is strong and steadfast and they are well prepared,” he warned.

“Hezbollah thought that it could dig unhindered. We knew, we planned, and it did not leak. We maintained secrecy; we planned carefully. We are carrying out exactly what we planned but we are ready for the unexpected. There is great firepower here. We are ready for it and are prepared for it from all sides.

“This is a major operation that is important to the security of Israel. Everyone can understand this if they only think of what could happen if we were not doing this and they were doing it to us.

“I estimate that Hezbollah understands that we are well prepared for any attempt on its part to respond and it realizes that we have a great force here opposite it. I tell you now that it does not fully grasp it.” 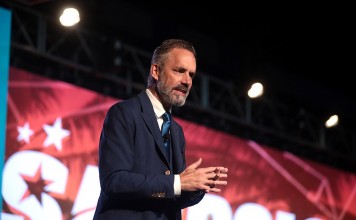