Hezbollah stands to be the main beneficiary of Tuesday’s explosion in Beirut harbor, which has provided the terror enterprise with new supply lines from Syria in the guise of humanitarian aid. And so Hezbollah, which is viewed as the chief culprit in the massive explosion, will utilize it to save itself from its financial drought that followed Iran’s severe economic downturn.

Tuesday’s explosion caused a tremor with a magnitude of 4.5 on the Richter scale, equal to 400 tons of TNT. And when the topic of discussion is a huge explosion in Beirut, Hezbollah’s weapons depots come to mind. Images from the exploded warehouse show numerous parcels of bagged Ammonium Nitrate branded “Nitroprill,” which is developed and manufactured by JSC “Rustavi Azot,” the largest chemical company and the only producer of industrial chemicals and mineral fertilizers in the South Caucasus.

News outlets in Lebanon reported overnight that the warehouse where Tuesday’s massive explosion had taken place had stored more than 2,000 tons of ammonium nitrate since 2014, when they were confiscated from a cargo ship. So, not firecrackers, but enough ammonium nitrate to take out a city.

The social media are roaring with unsubstantiated theories regarding Orica and its supposed connection to Hezbollah – theories which may be proven in the near future. The fact is Hezbollah maintains facilities and terrorist cells around the world, as has been shown this week by an online display of the Washington Institute for Near East Policy featuring a Lebanese Hezbollah Interactive Map, supporting the assertion that “Lebanese Hezbollah is a global, multifaceted organization, engaged in a wide range of endeavors, including overt social and political activities in Lebanon, military activities in Lebanon, Syria, and throughout the Middle East, and covert militant, criminal, and terrorist activities around the world.”

President Bashar al-Assad on Tuesday sent a cable to Lebanese President Michel Aoun, expressing his sorrow over the grave incident that hit Beirut, saying, “we affirm our support to brotherly Lebanon and our solidarity with its resistant people, and we are confident that you are able to overcome the repercussions of this tragic incident and rebuild what has been damaged as soon as possible.”

Syria also announced that it is opening an air support route as well as ground convoys of aid to Beirut. In other words, the same shipments of Syrian military goods by air and land, but this time shielded by a big, shiny red crescent. Israel is now faced with a complicated challenge, while Hezbollah stands to win either way: if the IDF lets those convoys through—Hezbollah gets its clandestine supplies; if the IDF acts on intelligence information and attacks those convoys—Hezbollah gets to point a finger at the murderous Zionists who bomb humanitarian provisions.

The Israeli news website IntelliTimes suggested Iran might also join the party and send cargo planes loaded with fresh weapons and ammunition under the cover of humanitarian aid to the stricken city.

To add to the complications, Hezbollah leader Hassan Nasrallah postponed his speech that was expected on Wednesday, the speech everyone was waiting for in the wake of security tensions with Israel and his promise of retaliation – all of which have been dwarfed in one massive kaboom on Tuesday. The Lebanese would not respond kindly If Nasrallah even mentions an attack on Israel, an attack which would incur the IDF’s devastating response. Lebanon is trying to come up from under a collapsed economy, a political stalemate, and now a local version of 9/11. They won’t forgive a Hezbollah provocation against Israel.

In addition, the verdict of the International Court of Justice is expected on Friday in the case four Hezbollah members who are accused of the assassination of former Lebanese Prime Minister Rafik al-Hariri. Should the ICC find them guilty, Nasrallah would face a new wave of condemnations.

Life is just so interesting when you’re a murderous terrorist. 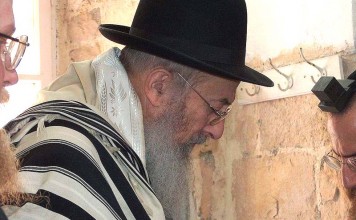 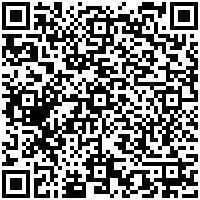