Back in 2015, Der Spiegel claimed that the Qusayr site in Syria could be the location of an underground nuclear reactor or uranium enrichment facility, or could contain nuclear fuel from Syria’s Al Kibar nuclear reactor which Israel destroyed in 2007. Qusayr is located in western Syria, very close to the Lebanese border.

The Institute for Science and International Security, a nonprofit, non-governmental institution to inform the public about “science and policy issues affecting international security,” this week issued a report (Is the facility at Qusayr, Syria an underground nuclear facility? Public Evidence remains inconclusive) warning that this site must be inspected by the International Atomic Energy Agency, pointing out that any nuclear-related facility in Syria could involve considerable assistance from North Korea, which provided extensive assistance in the construction of the Al Kibar reactor.


In late February 2018, the NY Times reported that Syria continues to trade cash for military supplies with North Korea. According to UN experts, Pyongyang is shipping supplies to the Syrian government that could be used in the production of chemical weapons. In fact, since the start of the Syrian civil war, there have been suspicions that North Korea is providing equipment and expertise for the Syrian regime’s chemical weapons program.

With additional reports of North Korea and Iran providing military, missile, chemical weapons, and nuclear assistance to Syria, the Institute decided to use commercial satellite imagery to look at Der Spiegel’s claim regarding the underground site in Qusayr.

The Institute concluded that there is an underground site at Qusayr, where construction began in 2009. Commercial satellite imagery shows large amounts of excavated limestone earth which was transported away from the immediate vicinity of the central area and subsequently camouflaged, showing significant efforts to hide the underground site.

The claim that 8,000 fuel rods are stored at the underground site at Qusayr could not be confirmed by the Institute, which nevertheless says the existence of natural uranium in Syria remains is “likely.”

The claim that the Qusayr site hosts a guard-house and five additional buildings was confirmed using satellite imagery.

It couldn’t be confirmed that three of the buildings conceal tunnel entrances. But the Institute report notes that the three buildings are butted up directly against the hillside, consistent with underground access. The buildings are approximately 75 x 55 feet each.

The site is connected to a power grid, which was confirmed using satellite imagery, and the size of the power poles suggests the incoming power is from 11 to 33 Kilovolt Amperes (kVA).

Regarding the suspicion of a nuclear reactor in Qusayr, the Institute report points to a well which could connect the site to a nearby lake for a supply of cooling water for a reactor. According to hydrological surveys, the site appears to be situated above a shallow but large volume aquifer.

The Institute’s report concludes that commercial satellite imagery does not provide concrete information about the purpose of the site at Qusayr. A nuclear reactor located underground is not impossible, but would pose a “huge engineering challenge and would likely require secret, on-going assistance from North Korea.”

An enrichment plant would require large-scale assistance, from North Korea or Iran.

In either case, investigating the Qusayr site must be a priority for the IAEA, according to the report, although at this point an IAEA visit would be hard to carry out while the Syrian civil war is still on. 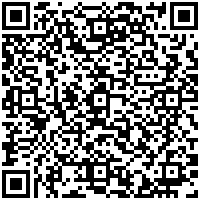