Education Minister Naftali Bennett said on Wednesday that he intends to expand the ranks of his Bayit Yehudi (Jewish Home) party and bring in members who are not part of the National-Religious camp, according to a report on the Kipa website. In the past he was generally referring to bringing in secular or traditional Israelis.

“I want to see candidates for the party list who are Haredi (Ultra-Orthodox) in the Bayit Yehudi list, Bennett told the Kol Barama radio station.


Bennett repeated his refrain that he expects to be Defense Minister in the next government, sitting alongside Prime Minister Netanyahu.

Bennett has been sending out positive messages to the Haredi community as of late. Two weeks ago he said that he was satisfied with the progress in drafting Haredi youths into the IDF. The state didn’t reach their intended draft goals, but the numbers they reached were impressive.

Bennett said the IDF doesn’t really want to draft all the potential Haredim draftees just yet. The army isn’t prepared to handle 30,000 Haredi recruits and their sector’s religious and social needs. In the end, Bennett was saying, the Haredim will hypocritically be blamed for religious coercion. 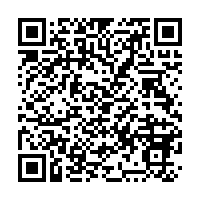