Israel has rejected a Russian proposal to create a 100 kilometer (62 mile) buffer zone that would distance Iranian forces from Syria’s border with Israel in the Golan Heights.

“We will not allow the Iranians to establish themselves even 100 kilometers from the border,” Prime Minister Benjamin Netanyahu told Russia’s Foreign Minister Sergey Lavrov, according to an Israeli official who spoke on condition of anonymity.


The two men met Monday in Jerusalem at the request of Russia’s President Vladimir Putin, together with Defense Minister Avigdor Liberman, Russian military chief of general staff, Gen. Valery Gerasimov and the rest of the Russian delegation.

Israel provided maps and intelligence assessments to back up its positions, according to the official.

Israel is remaining firm on a demand that Iran not be allowed any foothold whatsoever along its northern border, regardless of where in Syria that might be. Furthermore, Israel is demanding that all long-range missiles be removed from Syria, and all factories that produce such missiles and/or precision-guided projectiles, be closed down, according to the official who spoke with reporters.

“The link between us is extraordinarily important and it exists, as you have seen, in the direct meetings between myself and President Putin and between our staffs,” Netanyahu said at the start of the meeting.

“I appreciated the words that were spoken by President Putin together with President Trump regarding the security of Israel during the recent summit.”

Earlier in the day, during the weekly cabinet meeting, Netanyahu had said that Israel would “continue to act against any attempt by Iran and its proxies to establish a military presence in Syria.”

Israel’s air force will not cease its operations to protect Israeli citizens as long as Iranian forces possess the capability to fire long-range missiles at Israeli targets,” the senior official said. Location in Syria does not matter, because long-range weapons are positioned well outside the 100-kilometer zone.

“Iran wants to turn Syria into a second Lebanon,” he noted. “And we’re determined to prevent that,” rather than wait until Iran has hundreds and thousands of missiles in Syria. 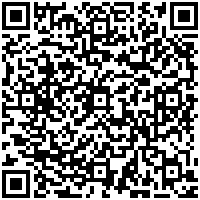