Al-Mayadeen, a pan-Arabist satellite television channel affiliated with Hezbollah, reported on Saturday that Israel had sent a message to the terror organization, warning it against military revenge for the death of its operative in Syria.

The report followed an Israeli attack in southern Syria in response to a ground-to-air missile shot Friday into the Golan Heights. The missile landed just outside the Druze town of Majdal Shams in Israel’s territory (Explosion on Israel-Syrian Border on Golan Heights).

Friday night around midnight, the IDF spokesman announced that “combat helicopters attacked targets of Assad’s army in southern Syria in response to gunfire at the Golan Heights.”

The IDF Spokesman noted that as part of the attack, IDF helicopters hit several targets, which included observation posts and intelligence gathering facilities located in Syrian outposts. He emphasized that “the IDF considers the Syrian regime responsible for today’s shooting, will continue to act resolutely and will respond forcefully to any violation of the sovereignty of the State of Israel.”

Sources told Al-Mayadeen’s correspondent in Israel that the United Nations had informed Hezbollah of an Israeli message regarding the killing of the “martyr” Ali Kamel Mohsen. The sources added that the content of the Israeli message was that it had not known of the presence of Ali Mohsen and did not intend to kill him, stressing that there is no veracity to any other Israeli messages to Hezbollah which have been transmitted through international mediators such as Russia.

The source explained that Israel had sent Hezbollah what it described as a warning against the consequences of a military retaliation.

The sources told Al-Mayadeen’s correspondence that the IDF had taken measures on the northern border after learning that Hezbollah decided to take retaliatory action, pointing out that the Israeli army had monitored a large movement of Hezbollah members, but was not clear on how to respond.

Mohsen’s funeral procession was conducted in front his house in the southern Lebanese town of Aitit, with participants chanting the familiar death to American and death to Israel slogans. 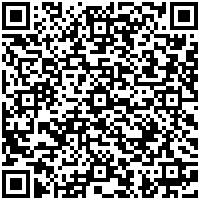