Iranian blogger Neda Amin, granted asylum by Israel this past August, has been questioned by Israel’s domestic intelligence agency, the Shin Bet.

Born in Tehran, the 33-year-old Amin was allowed entry to Israel just as she was about to be forced to return to Iran from Turkey this past summer. Her life was certainly in danger at the time, due to the fact that she was blogging for an Israeli news website. She has said that although her mother was Muslim, her father was Jewish.


Amin, who subsequently met with Israeli journalists for an evening at the Jerusalem Press Club, said through an interpreter that she had received death threats by phone.

Israeli media advocated with Interior Minister Aryeh Deri for the Iranian blogger’s asylum via the Jerusalem Press Association and the Israeli Journalists’ Union.

But after moving to Israel, Amin was communicating with “Iranian representatives,” according to a statement by the Shin Bet, whose agents questioned her about these contacts.

The man, she later told Reuters, spoke Farsi and had initiated the contact while she was still living in Turkey, describing himself as an Israeli intelligence agent wishing to “protect” her from Turkish security forces. On caller ID, his number always came up with an Israeli prefix, she said. They stayed in touch even after she arrived in Israel.

In response to a query from Reuters, an Israeli security official said those with whom Amin was allegedly in contact were not her relatives, and were inside Iran.

“Amin stayed in Turkey over the past few years. In light of her claim she was being threatened with deportation to Iran, and following her request to come to Israel citing the danger her life will be in, should that occur, her admittance to Israel was irregularly approved on humanitarian grounds by the Interior Ministry,” the Shin Bet said in its statement.

“Amin entered Israel August 10. Several months later and in light of her contact with Iranian figures, she was questioned by Shin Bet. She was later released.”

Amin told Reuters that according to the Shin Bet, she is in the clear.

“They told me I am innocent as I have been in touch with an imposter, without knowing it,” she said. “I have spoken to this man, but I have done nothing against Israel’s security.” 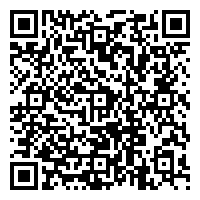