The leader of the Kurdistan Regional Government (KRG), Masoud Barzani told international reporters late Tuesday night that the referendum on independence from Iraq yielded a “yes” vote of nearly 92 percent.

More than three million eligible voters from the three provinces that comprise the KRG voted in the referendum, as did millions of other Kurds from disputed areas around Iraq, including the oil-rich city of Kirkurk.


The Baghdad government fought hard against the referendum — which was non-binding — as did neighboring Turkey and Iran, all of whom declared the vote invalid.

But Barzani warned that the time for discussion of that issue was past, and urged Iraqi Prime Minister Haider Abadi to instead move ahead with talks on how to peacefully implement the process.

“I call on Mr. Haider al-Abadi and the others (Iraqi officials) not to close the door to dialogue because it is dialogue that will solve problems,” Barzani said in a televised address. “We assure the international community of our willingness to engage in dialogue with Baghdad.”

In response, Turkey’s President Recep Tayyip Erdogan threatened to halt the process of normalization with Israel if it does not withdraw its support for Kurdistan.

“If Israel does not reconsider its support for Kurdish independence, Turkey will not be able to take many steps we would have with Israel, too,” Erdogan said Tuesday, according to Turkey’s Daily Sabah.

Israel was the only nation in the entire world that supported the Kurdistan Regional Government’s decision to conduct the referendum.

Both Turkey and Iran also have provinces with significant Kurdish populations, and they fear unrest, or possibly even parallel moves towards secession, in the wake of the KRG referendum. 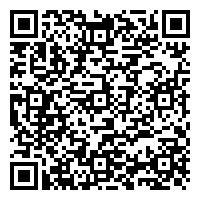