Israel clandestine security service Shabak on Thursday afternoon announced the arrest of several Hamas terrorists in the Ramallah area who are suspected of having received tens of thousands of euros which had been hidden throughout Judea and Samaria and designated for Hamas activities.

On March 7, undercover Border Police officers entered Bir Zeit University and arrested for questioning Hamas member Omar Kiswani, 24, a resident of Beit Iksa, the chairman of the student council on behalf of a Hamas-affiliated student group.


The arrest on the Bir Zeit campus, reminiscent of resembling a scene from the popular TV drama Fauda, was executed in broad daylight. Disguised as PA Arab journalists, the raiders surrounded Kiswani under the pretense of conducting an interview with him. At some point the raiders revealed themselves, drew their pistols, fired into the air and snatched Kiswani from the campus to IDF forces that were waiting nearby. The soldiers covered the team’s retreat as students began to throw stones at the raiding party.

No Israelis were injured.

The Shabak investigation revealed that Kiswani was in contact with Hamas member Yassin Rabia, who had been expelled to the Gaza Strip as part of the Gilad Shalit prisoner exchange. Kiswani was also in touch with Hamas members in Turkey, from whom he had been seeking funds to bankroll Hamas activity at Bir Zeit University.

Rabia subsequently transferred to Kiswani approximately €250,000 ($300,000) which were concealed in several locations throughout Judea and Samaria. Kiswani collected the money along with his friend and fellow Hamas-affiliated student association member Yahya Alawi, 20. The two used the funds to promote Hamas activities.

According to Shabak, this is yet another example of efforts by Hamas commanders in Turkey and the Gaza Strip to advance Hamas activities in Judea and Samaria by bringing in money and hiding it in various locales in order to finance its local infrastructures.

Exposing the efforts of Kiswani and Alawi further underscores the high importance Hamas command ascribes to student activities in its affiliated groups, in order to recruit and train members in Judea and Samaria.

In 2017, Shabak exposed a Gaza Strip-based Hamas cell which had recruited Bir Zeit University students to perpetrate suicide attacks. Additional Hamas student group members have recently been discovered as having sought to carry out shooting attacks in the Ramallah area. 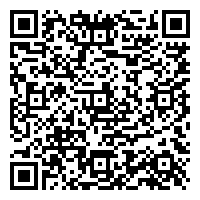