About 2.4 million students and 205,000 teaching staff began the 5781 school year in Israel on Tuesday morning. But students and teachers in red cities have been told to stay at home for now, after the Corona Cabinet approved on Monday night Prime Minister Benjamin Netanyahu’s proposal to postpone the start of the school year in those locations until further discussion is held on Thursday.

Education Minister Yoav Galant, who is locked in a battle with the Corona Czar Prof. Ronni Gamzu, told Reshet Bet radio Tuesday morning that he would make an effort to get the students in the red cities back on the school bench as soon as possible.


“In red authorities, it makes no sense to open up the education system,” Czar Gamzu said this week. “Therefore, I insist on it and continue to insist on it. This is the situation, and we are currently in dialogue to resolve this embarrassing problem. At this level of morbidity, one should not insist on an open education system in red cities. It is a matter of insisting on closure, especially in red municipalities who say they don’t want to open up their education system. This is unreasonable in my view. It’s not the right risk to take.”

The education minister denied that he said Prof. Gamzu is “taking a ride on us.” Of course, he did say so, which was reported by Kan 11 news on Monday.

Galant acted behind the scenes to thwart Gamzu’s demand to close educational institutions in red localities. According to the Education Minister, “We agreed with Gamzu on one thing – and now he wants something else,” hence the comment about taking a ride on us. A Corona Cabinet will discuss further restrictions on red cities on Thursday. And it appears that, despite Galant’s protests, in cities that will be closed – schools will not be opened.

Or, as the cabinet stated: “Health considerations necessitate preventing the start of the school year in red areas, therefore, in view of the urgency of the matter, it is proposed to apply this regulation and stipulate that the regulations will enter into force immediately.”

In other words, if your city is badly infected, your schools would be easily as harmful to the general population, stay home.

According to data from the Ministry of Education, there are 140,000 students in the red authorities.

In addition to the Red Cities, there are 3,310 students and teaching staff who are in isolation, of whom 536 have been infected with the virus. So far, eight schools and five kindergartens have been closed down.

The fifth-twelfth grades will also be taught in groups of up to 18 students, but arrival at the educational institutions will only take place for two days a week, and the rest of the days the classes will be delivered online.

Students in third grade and above will be required to wear a mask. 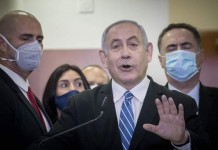 Yom Yerushalayim, Rubinger’s Photgraph, And Me 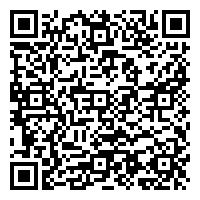