The video was posted this week as a statement of encouragement to Abbas and mocks the United States in general and U.S. Secretary of State John Kerry in particular. Whoever translated the YouTube couldn’t even get Kerry’s name right, spelling it “Kire.”


The 5-minute message sums up every demand of the Palestinian Authority and dumps on the Obama administration for pleasing the “Zionist interest.”

“Go tell Obama and America that my land is not a piece of cake for you to share,” croons the singer, but in the background is a PA of Israel that clearly is intended as Palestine, exposing the honest intentions of Abbas to eventually whittle Israel down to non-existence.

Listen up,” John Kire, sings songwriter Qassem Najjar, whose artistic propaganda was posted on Facebook sites and all over the Palestinian Authority website. Gatestone Institute contributor Khaled Abu Toameh wrote Monday that a senior Palestinian Authority official explained that the new song is “100% accurate and honestly sums up the whole Palestinian position toward peace.”

Speaking of peace, the video-song states, “In the name of martyrs, prisoners, home and revolution, Jerusalem is our free capital and will always be.”

The songwriter then blames Israel for spoiling this “dove of peace, “which undoubtedly will be emblazoned on Abbas’s shirt when he sits down with Obama.

As for Kerry’s “framework,” the lyrics say it is an “American plan for killing the Palestinian cause to please Zionist interest[s].”

It chides the United States for not following the vote of “the great Russia and China” for voting to recognize the Palestinian Authority as a new Arab country based on Abbas’ own definitions of borders.”

If he doesn’t, Abbas might as well design and make his own coffin on the way back to Ramallah. One article in Al Watan stated that “brother Abbas,” who will meet President Barack Obama today in Washington, “is armed with a majority of the Palestinian people, and clearly announced his rejection Israel’s conditions of extreme dictations [of] America, and it was clear in his refusal to recognize the Jewish state, as well as the refusal of a request Israelis ignoring the right of return of refugees, or the survival of any force occupying the borders of a Palestinian state.”

The article noted that the real loser in Kerry’s Peace Talks Follies is none other than the United States of America, which it said “will record her next successive loss in the Middle East.” 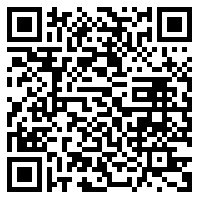