Prime Minister Benjamin Netanyahu on Tuesday informed Justice Minister Ayelet Shaked and Education Minister Naftali Bennett that he is dismissing them from their positions in the government and their presence is also no longer welcome in meetings of the political-security cabinet.

The decision to remove the two from their posts, which was approved by Attorney General Avichai Mandelblit, comes two days before the first meeting of the political-security cabinet in more than a month.

As the dismissal took effect, Prime Minister Netanyahu became the acting justice and education minister. He is also suspected of bribery, fraud and breach of trust in three pending criminal indictments, and the AG has announced his intention to prosecute him, subject to an October 2 hearing.

Netanyahu’s office said at the beginning of the week that the PM planned to appoint replacements for the two positions within 48 hours. But on Monday the Likud Party announced that the assignments of the portfolios had been postponed to next week, while Netanyahu is discussing potential replacements with other coalition partners.

In the meantime, Netanyahu will hold both portfolios, as well as the defense and health portfolios.

On Tuesday, Shaked said farewell to the justice ministry, promising Douglas MacArthur-style she would return. She expressed her hope that her replacement “would continue the same line I instituted in the ministry.”

According to Shaked, the era of justice ministers whose main occupation was to show up at ribbon cutting ceremonies and leave the real work to the career employees – is over.

“The new era that began in 2015 is characterized by justice ministers who lead the ministry,” Shaked said. “They set goals, and when necessary, they also set boundaries.” 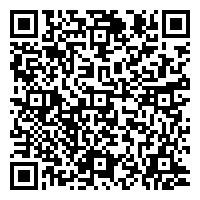