After a few months during which he managed to keep his silence and hide his views on specific issues, including the future of the settlements in a final deal with the Palestinian Authority, on Wednesday, former IDF Chief of Staff Benny Gantz opened his mouth in an interview with Yediot Ahronot and revealed himself to be a common left-winger, hostile to the settlement enterprise in Judea and Samaria.

Here is what Gantz said about the expulsion of some 8,000 Jewish settlers from the Gaza Strip in 2005: “It was a legal move that was adopted by the Israeli government and carried out by the IDF and the settlers in a painful but good way. We have to take those lessons and implement them in other places.”

The expulsion of Gush Katif:

Gantz referred directly to the settlements in Judea and Samaria when he said, “The main issue is security. We
must ensure the security of the State of Israel. Then there’s the question of our interest. We—and Bibi said this in his Bar-Han speech—are not looking for rule over anyone else. We need to find the way not to control other people.”

That’s not controlling Arabs, mind you – it’s going to be open season on Jews living in Judea and Samaria under Prime Minister Gantz. And, naturally, anyone who seeks Israeli sovereignty over the settlements should not be deluded into voting for Gantz.

If Bibi refuses to apply sovereignty to the Israeli enclaves of Judea and Samaria, Gantz plans to return the majority of those territories to Arab rule.

Prime Minister Benjamin Netanyahu wrote on his Facebook page Wednesday morning: “We told you: Gantz will establish a leftist government with the help of a bloc that relies on Tibi and the Joint Arab List.”

In response to the PM’s criticism, Gantz’s Resilience for Israel party issued a statement saying, “Netanyahu, who voted for the [Gaza] disengagement, and Regev, who represented it (as IDF Spokesperson – DI) with a smile on her face, should not preach to us about political and security responsibilities. The Gantz government will have no unilateral actions regarding the evacuation of settlements.”

Naftali Bennett and Ayelet Shaked New Right party tweeted on Wednesday morning: “We are grateful to Gantz for taking off the mask. Benny Gantz bypasses [Labor chairman Avi] Gabbay on the left and wants to expel more Jews from their homes as part of a unilateral disengagement from Judea and Samaria. Benny Gantz must not be Israel’s next defense minister.”

Bennett, who eyes the DM’s post, is clearly concerned about a move where Netanyahu lures Gantz into his government with the gift of defense chief, thus making his arch-rival on the right, Bennett practically irrelevant.

Gantz, for his part, repeated his position that he would not join a Netanyahu government should the state prosecution files an indictment against him. “It does not seem reasonable to me that a prime minister would serve under an indictment.”

He then said, “I intend to win and solve this issue that way. It will end there.” 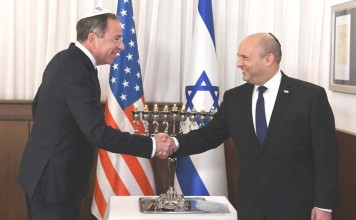 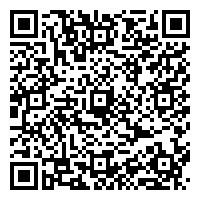