A recently launched, unique pilot program of the Ministry for the Development of the Negev and the Galilee, integrates the need to remedy the disparities in the level of health services in the periphery with the need to attract a quality population to the Galilee, under the banner “Doctors go north.”

The program, which has just entered its experimental run, provides a basket of benefits of up to $15,000 to every immigrant doctor who chooses to live in the Galilee and to integrate into the medical system there.

The need for a pilot arose, among other things, from the report of the Health Ministry’s Grotto Committee, published last year, according to which life expectancy in Israel’s north is two years below the national average. The report also shows that the average number of physicians employed in the Northern District is 1.6 per 1,000 persons, compared with the national average of 3.46 physicians per 1,000 persons.

According to the tender published by the Ministry for the Development of the Negev and Galilee on the eve of Sukkot, every new immigrant doctor will receive a basket of benefits that will include up to 90% participation in their rent for a period of up to a year and a half, as well as participation in a car lease.

Arye Deri (Shas), Minister for the development of the periphery, the Negev and the Galilee, said in a statement: “We hope to develop the program even further in order to reduce the gaps in medical services in the north and to promote settlement throughout the Galilee for hundreds of immigrant families.” 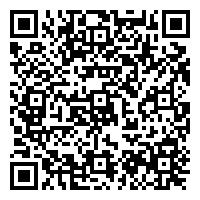