Eitan Ben David, a former Shin Bet senior official and acting chief of Israel’s National Security Council, on Monday told Channel 2 News that the security apparatus has “significant, serious and immediate” intelligence regarding an ISIS attack against Israel from the Sinai peninsula.

Ben David said this reliable intelligence had led Israeli authorities to close the Taba Border Crossing between Israel and Egypt, near Eilat, which “was not an easy decision for us,” according to the deputy chief.


Minister of Transport and Intelligence, Yisrael Katz (Likud), went on Army Radio Monday morning to call on all the Israelis who had made it out of Taba into Egyptian territory to return at once, due to a focused warning about an attack.

“A precedent-setting decision has been made in light of the severity of the intelligence,” Katz said. “Israel’s government, as well as the military and political echelons see this concrete situation as posing a severe threat.”

“I call on all the Israelis who are in the Sinai right now to return home immediately,” Katz said.

However, a 23,000-members strong Facebook group called “Sinai Lovers” has been angry about the decision to block them from the white beaches and clear water of the peninsula – at least until a single ISIS-launched rocket fell on Monday in a hothouse near the border.

“The IDF locked down my life!” one group member posted following the announcement about the Taba crossing closure. He went as far as to blame the Eilat hotel industry for manufacturing the emergency situation to keep up its bookings. He then called himself and his group members “Prisoners of Zion,” which might suggest a serious loss of proportions.

Some group members were trying to find alternative routs to reach the Sinai beaches, possibly via Jordan. Then one group member announced that only holders of Israeli passports are barred from Taba – which was received with great cheer.

We pray for a peaceful Passover. 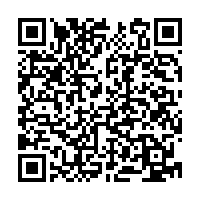