The State of Israel recently informed the High Court of Justice about its decision to transfer the powers of land registration in the liberated territories to the Civil Administration in Judea and Samaria, The Marker reported on Sunday.

The word tabu is an Arab mispronunciation of the Turkish word tapu meaning registration certificate.

The statement also called for discussions of the professional and budgetary implications of the move by the political echelon.

Efrat Council Chairman Oded Ravivi told The Marker that the establishment of a new entity for registration of property rights in the territories spells good news for tens of thousands of apartment buyers who had so far depended on the charity of the mortgage companies  (private real estate title management companies) and had faced discrimination by the state.

Ravivi stated that this move “must be followed with the application of Israeli law in Judea and Samaria.”

Israeli law does not apply to the territories liberated in 1967, and therefore it isn’t possible to conduct in Judea and Samaria parcellation (division of land into parcels) and to register apartments with the Israeli Land Registry. When construction began in the territories, the registration problem was solved through the mortgage companies: the ownership of apartments built in the territories—including in Jerusalem neighborhoods such as Ramot, Gilo and Pisgat Ze’ev—was registered with those companies, and they also dealt with the transfer of ownership. Hundreds of thousands of apartments have been registers in this way beyond the 1967 borders.

The state’s decision has also led to deleting the High Court petition that started the process of reassigning registration powers in Judea and Samaria. The petition had been filed by one of the mortgage companies, which asked the court to compel the state’s land registration authority to replace the mortgage outfits in listing real estate assets.

The petition claimed home owners in Judea and Samaria faced hardship when a mortgage company would go out of business without notifying them who was keeping their listing. The petition also claimed the mortgage companies were collecting service fees beyond what the law allowed. 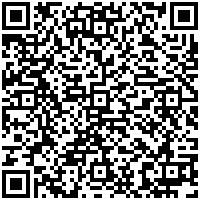