Former Director General of the Health Ministry, Prof. Gabi Barbash, whose candidacy for the position of Corona Czar was canceled at the last minute by Prime Minister Benjamin Netanyahu, on Monday morning criticized the government’s recent policy decision on opening the schools and said that “the leadership is too attentive to what the public wants and not to what it needs and makes decisions that make it difficult to manage the crisis.”

The Corona Cabinet on Sunday night approved the traffic light plan of the Corona Czar who was picked, Prof. Ronni Gamzu, but it has not yet been decided whether schools will also open in the red cities, where the morbidity is high. Education Minister Yoav Galant (Likud) has been pushing to open all the schools Tuesady, September 1, red cities included.


Prof. Gabi Barbash told Reshet bet radio on Monday morning: “There is no normal country in the world that would have dared to operate the education system with an infection rate of 2,000 people a day.”

Barbash unhesitatingly supported Czar Gamzu, and even admitted that “with my temperament I would have resigned three times already: once for the entry of 17,000 students from abroad, a second time over Uman, and a third time for opening the school year in the Red Cities.”

Prof. Ran Blitzer, chairman of the cabinet of expert advising the Corona Czar Gamzu warned on Reshet Bet that “the failure to complete the traffic light plan will lead us to a situation where we will have to take non-differential measures.”

That is, the spread of the disease from the red cities will be so widespread because of the opening of schools there, that the government would be forced to impose a closure on the whole country, green, yellow, orange and red cities alike.

Prof. Blitzer said the government must stop pleasing special interest groups such as, for example, Breslov Chassidim, and make sure that people who follow their own rules are stopped and the people around them in their community, most notably their leaders, pressure them to follow the guidelines.

Referring to the red cities, Blitzer said: “We think opening the education system [in the red cities] at this time would not be responsible.”

The majority of red cities in Israel are either Haredi or Arab.

“It should be noted that the spread of the pandemic among Israeli high school students is higher than their proportion in the population,” Blitzer said. “In yellow cities the decision to open the school year is reasonable, although there was also controversy about it, but education is important, it’s a value. But in red cities today it is forbidden to assemble in a closed space in groups of more than 10 people, and opening the education system means that we put 18 students in a closed room, and the chance of having a sick individual there is high, that’s not responsible.”

“We must introduce controls and logic to prevent the things that would lead to an increase in morbidity. That’s an irresponsible move,” Blitzer said, concluding: “I think the last word has not yet been said, and I am convinced that in the end the right decisions will be made. “These children who enter education systems will not be harmed themselves, the problem is that they will exacerbate the spread of the disease in those cities and beyond. Our recommendations for traffic restrictions in red cities have not yet been implemented. The disease may spread and this will lead to implementing the very steps we are trying to prevent, the closures that would harm the economy. The failure to complete the traffic light plan will lead us to a situation where we will have to take non-differential measures.”

Meanwhile, the threat of a teachers’ strike in kindergartens and grades one and two has been removed, at least temporarily. On Monday morning, the teachers’ union announced that it was postponing the planned strike until Thursday, to allow the state to clarify the details that are still unclear in its compromise proposal regarding the rights of teachers and kindergarten teachers in high risk groups.

A hearing on the matter will likely take place in Labor Court on Thursday. 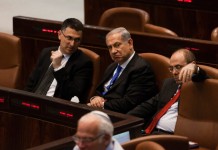 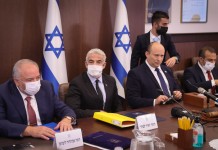 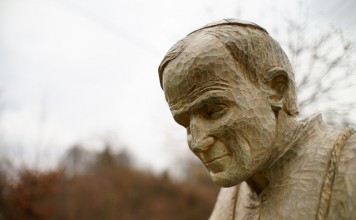 Jewish Entertainment News & The Pope Read on the Torah – Lighten Up! [audio] 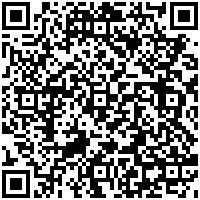