A letter sent by Rabbi Stav’s attorney to the Chief Rabbi says:


“I am addressing you in the name of my client, Rabbi David Stav, the rabbi of the town of Shoham, as follows:

“A few days ago, you spoke at a rabbinic conference in Jerusalem, and you were discussing the issue of converting children and adults who are of Jewish origin even though they are not Jewish according to Halacha.

“In the course of your speech, you referred to ‘some rabbi,’ whom you claimed had engaged in conversions in different countries (according to various publications, you meant Rabbi Haim Amsalem), who took with him ‘someone, the city rabbi of Shoham’ to Brazil where the two converted ‘on a conveyor belt’ 400 people, especially children.

“You criticized severely that conversion operation, allegedly involving my client, and even added that there are mothers of these children who do not want a conversion and go to church.

“Your statements regarding my client are not true and have no connection to reality. My client did not take part in a mass conversion in Brazil or any other country, alone or together with another person.

“Your words have since received a great deal of resonance and many views on the Internet. These are slanderous statements, caustic words, which would have been better not said.

“Your words hurt and humiliated Rabbi Stav, depicting him as a person without fear of heaven who does not adhere to the laws of conversion, and who is not above running wholesale conversions of hundreds of people on a conveyor belt.

“These statements are particularly serious in light of your position as the Chief Rabbi, on whom the eyes of your students and disciples are trained, as well as parts of the faithful of Israel that see you, by your status, as an authority on morality and values, that whomever you despise, they despise, too.

“How great is the distance between criticism stemming from differences of opinion between you and my client as to standards and the halakhic policy that must be followed to bring the zera Israel (Lit. the seed of Israel, meaning offspring of Jewish fathers) under to the wings of the Shekinah (divine emanation) – and the outbursts and saying things that are not true, which present my client as acting contrary to halacha and in an uncontrolled and unrestrained manner in the overnight conversion of hundreds.

“You are hereby requested to vigorously reverse your remarks about my client, and apologize to him in a manner that would be coordinated with him and which would include the following clarifications:

“That the things spoken by you had no grip on reality; that it was a mistake about which you are sorry and apologize for the great harm done to my client for no reason; and that differences of opinion do not justify the humiliation of my client.

“If you do not contact my client or the undersigned to coordinate the text of the apology, I would be obliged to advise my client as to the course of action he should take, and you should know that my client is not going to forgive these things.

“It is not my client’s honor but the honor of the Torah that was harmed, as well as the honor of a wide public that identifies with my client and the values in which ​​he believes.” 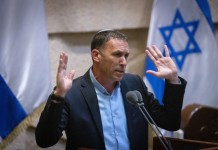 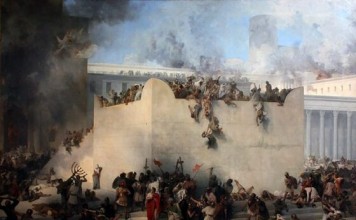