About a thousand protesters held a demonstration Tuesday night in front of the home of Minister of Internal Security Amir Ohana, following the publication of recordings in which Ohana was heard scolding the Jerusalem district commander, Superintendent Yaron Yedid, demanding that he put an end to the demonstrations in front of Prime Minister Benjamin Netanyahu’s official residence on Balfour Street.

According to reports in the Israeli media, Tuesday night’s event began as an unorganized protest, in which thousands of people gathered. This in itself is impossible, of course, because there is no such thing as an unorganized protest. Someone gets paid to distribute protest invitations, someone loads crates with T-shirts that say “Crime Minister” and someone hands out those horrible vuvuzelas that have been robbing neighbors of their sleep at every demonstration for many weeks.


Some have accused former Prime Minister Ehud Barak of funding these spontaneous demonstrations, and some point to the New Israel Fund with all its affiliate groups. Regardless of who actually signs the checks (swipes the card?), from Pyongyang to Portland, if protesters take to the streets, someone paid.

At one point, the participants started a procession, accompanied by police officers. In a brawl that broke out, the police began making arrests. Later a stone was thrown over a journalist’s head. Police arrested the stone-thrower.

One protester was arrested after getting into a fight with four people on Leonardo da Vinci Street in Tel Aviv. Altogether, four were arrested on suspicion of disturbing public order and assault. The suspects were detained for questioning at the nearby police station.

During the demonstration, which ended at 4 in the morning, the protesters went down to Ayalon highway north of the Azrieli junction, and blocked it for traffic. They then blocked the south-bound lanes as well. A large police force was rushed to the scene to disperse them and open up the highway.

Protesters in Tel Aviv reported being attacked with tear gas, and a glass bottle was thrown at one of them, who required medical attention. The protesters say the attacks were the result of incitement,a nd that five protesters needed medical treatment at a hospital after being stabbed by supporters of Netanyahu.

Opposition leader MK Yair Lapid attacked Prime Minister Netanyahu on Wednesday morning, declaring: “The violence and blood shed yesterday are on the hands of Netanyahu and his emissaries.” Lapid added, quite ominously, that “whoever sows incitement will receive blood, whoever calls on protesters to spread disease and incites against civilians who protest against him, is leading Israel into a civil war. Our big problem is that the greatest hatemonger in Israel is sitting in the Prime Minister’s Office.”

(Someone should alert Bibi…)

A group of Beitar Jerusalem soccer fans who call themselves “La Familia” are accused of violent attacks against left-wing protesters, on Saturday night in Jerusalem and on Tuesday night in Tel Aviv. The Jerusalem club’s fans have a reputation for hooliganism.

The Deputy Commissioner of Police, Superintendent Moti Cohen, commented on the violence during the demonstration in Tel Aviv and said: “We will not allow and will act resolutely against any manifestations of violence, vandalism or harm to civilians and police. I call on the protesters to keep the protest clean of violence and disorder, to obey police instructions and not to let the protests degenerate into violence and breaking of the law.”

Superintendent Cohen, who is considered a leading candidate for the commissioner’s office, has been accused that his efforts to maintain a clean protest were reflected in the use of powerful water cannons on protesters in Jerusalem, sometimes from close proximity, causing them serious medical injuries. 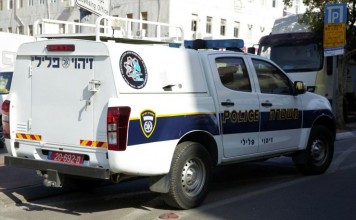 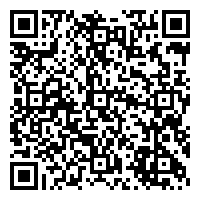